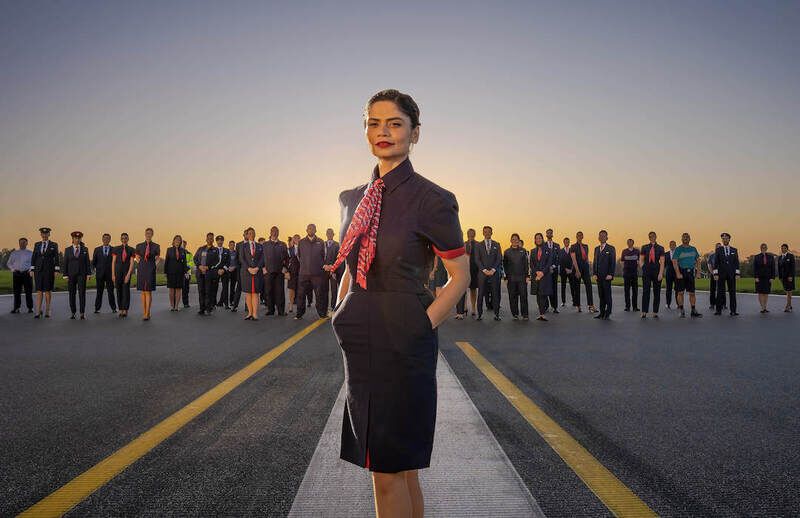 British Airways is now introducing a new set of uniforms for its airport staff that shines a spotlight on the jumpsuit option for female cabin crew. Its ‘airline-first’ design comes with the unveiling of a tunic and hijab as well. The new collection of uniforms will be worn by its airline staff, which is made up of 30,000 people. It s designed by homegrown fashion designer Ozwald Boateng OBE, and the project was in the works for the past five years.

The company notes that Boateng was inspired by the airline, and its employees, as well as the overall art of flying as each piece is detailed with a waved pattern to capture the movement of air over a plane’s wing. Boateng states “One of my main objectives was to create something that spoke to, and for, the airline’s colleagues. Something that inspired and empowered them, encouraged them to conduct their roles with pride and most importantly to ensure that they felt seen and heard.”