Alicia Silverstone says her son is a picture of health.

In a new interview with Entertainment Tonight, the “Clueless” star revealed her son, Bear, has never been given antibiotics nor has he required medical attention in his 9 years.

ALICIA SILVERSTONE REVEALS HER SON, 9, WAS ‘MADE FUN OF’ FOR LONG HAIRSTYLE

“He’s such an example of health. This is a child who is plant-based,” she told the news outlet in a video call. “To never have needed antibiotics in nine years and to never have needed any kind of medical intervention. Most kids have so many ear infections, they’re taking medicine all the time. I’m not saying I wouldn’t give it to him. I’m saying he doesn’t need it.” 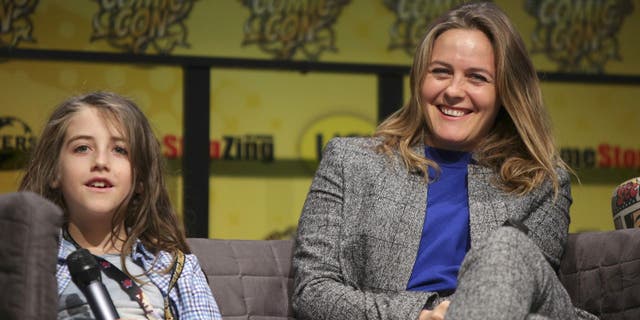 Alicia Silverstone says her son Bear is very healthy thanks to his plant-based diet. (Photo by Susannah V. Vergau/picture alliance via Getty Images)

Silverstone said her son has only been sick two times so far, and she credits most of it to his plant-based diet.

“This is a kid who’s been [sick] twice in his life. Twice. For, like, a few hours. He said, ‘Mommy I don’t feel good. I’m going to lay down. In his whole life, twice,” she explained. “He can get a snot nose, but he’s still climbing trees.”

“He’s just so healthy. I just want to share that with the world. So people can see that a plant-based baby is really healthy,” the 44-year-old actress proudly declared. “It’s not like they’re just doing OK. They can do better.”

ALICIA SILVERSTONE ON BEING BODY-SHAMED WHILE FILMING ‘BATMAN & ROBIN’: ‘IT WAS HURTFUL’

Plant-based diets offer a number of health benefits, including lower risks of heart disease, diabetes and high blood pressure, according to HealthyChildren.org – a website run by the American Academy of Pediatrics.

A healthy lifestyle isn’t just reserved for her son either. Silverstone is making it a point to take care of herself and age naturally.

“I’m excited about being like, ‘I’m not gonna do any work. I’m just gonna continue to be natural,'” she told Entertainment Tonight. “Maybe I’ll be an example of what actually aging healthily looks like… I want to naturally age.”

Silverstone is starring in a new movie, “Sister of the Groom,” which touches on the topic. The flick was released on Amazon Prime Video on Friday.