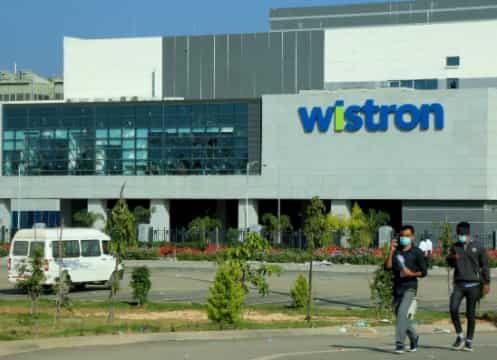 Apple on Saturday said it has placed Wistron on probation and it will not receive any new business from the US-based company before corrective actions are completed.

On Monday, Apple had said it was undertaking a detailed investigation following the violent incident at its supplier Wistron’s Narasapura facility (in Kolar district) in Karnataka last week.

“Apple employees and independent auditors hired by Apple have been working around the clock to investigate the issues which occurred at Wistron’s Narasapura facility,” Apple said in a statement.

It added that while these investigations are ongoing, preliminary findings indicate violations of its supplier code of conduct by failing to implement proper working hour management processes that led to payment delays for some workers in October and November.

“As always, our focus is on making sure everyone in our supply chain is protected and treated with dignity and respect. We are very disappointed and taking immediate steps to address these issues,” Apple said.

Apple said it has “placed Wistron on probation and they will not receive any new business from Apple before they complete corrective actions”.

Apple employees, along with independent auditors, will monitor their progress, it said adding that its main objective is to make sure all the workers are treated with dignity and respect, and fully compensated promptly.

“Wistron has taken disciplinary action and is restructuring their recruitment and payroll teams in Narasapura. They have also set up an employee assistance program and a 24-hour grievance hotline in Kannada, Telugu, Tamil, Hindi, and English to ensure all workers at the facility can voice any concerns, anonymously,” the statement noted.

A section of workers at Wistron Corporation’s manufacturing facility in Narasapura Industrial Area in Kolar district near Bengaluru went on a rampage on December 12 over non-payment of their wages.

Over 160 people have been arrested by the police in connection with the violence during which stones were hurled, windows and doors broken and vehicles in the parking lot overturned and set on fire. Video footage of the attack was widely circulated on social media.

The Cupertino-based company has a strict supplier code of conduct and follows up on any reports of violations. In 2019, it interviewed more than 52,000 supplier employees as part of its supplier assessments.

Apple, in its supplier code of conduct, states that suppliers must meet all legal requirements relating to wages and benefits, including paying accurate wages in a timely manner. It prohibits use of wage deductions as a form of disciplinary measure and states that all use of temporary and outsourced labour shall be within the limits of the local law.

In November, Apple had suspended new business with one of its suppliers Pegatron Corp after labour violations were reported.

Besides the iPhone, Wistron also manufactures IT products for Lenovo and Microsoft, among others.

Wistron is one of the 16 entities to have received approval for incentives under the government’s production linked incentive plan. Currently, iPhone XR and iPhone 11 are being assembled

by Foxconn in Chennai, and iPhone 7 by Wistron in Bengaluru. The Kolar facility assembles the latest version of the iPhone SE.