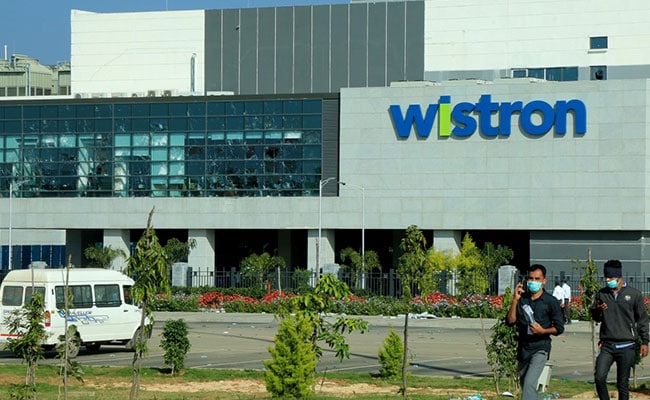 Apple will continue to monitor Wistron’s progress on corrective action

Apple Inc on Saturday said it had placed contract manufacturer Wistron on probation and would not give the Taiwanese firm new business until it took corrective actions following lapses at its southern India plant. Early findings of an Apple audit, which followed violence at the Wistron plant in southern Karnataka state last weekend, show violations of the U.S. tech giant’s ‘Supplier Code of Conduct’, Apple said in a statement. Wistron failed to implement proper working hour management processes, which “led to payment delays for some workers in October and November,” Apple said.

Apple will continue to monitor Wistron’s progress on corrective action, the Cupertino-California based company said. “Our main objective is to make sure all the workers are treated with dignity and respect, and fully compensated promptly.” In a statement earlier on Saturday, Wistron admitted some workers at its plant in Karnataka’s Kolar district had not been paid properly and said it was removing a top executive overseeing India business.

Contract workers angry over unpaid wages destroyed property, factory gear and iPhones at the plant early on Dec. 12, causing millions of dollars in losses to the Taiwanese contract manufacturer and forcing it to shut the plant. The plant – located some 50 km outside of the southern tech hub of Bengaluru – assembles one iPhone model, and became operational earlier this year.

“This is a new facility and we recognise that we made mistakes as we expanded,” Wistron said in the statement. “Some of the processes we put in place to manage labor agencies and payments need to be strengthened and upgraded.” Wistron could not cope with the rapid scaling up of manpower and breached several laws at this factory, according to an inspection of the plant by Karnataka state officials following the violence.