The singer took to Instagram to share a series of photos of them together. The series also included some snaps of her brand new engagement ring.

Gomez, a Los Angeles real estate agent, was first linked to the celebrity around Valentine’s Day. TMZ reported in late March that the duo had decided to quarantine together. After that, she made things official once they started to appear on her Instagram Stories together. She confirmed they were dating by way of the music video “Stuck With U,” which dropped on May 8.

“They couldn’t be happier, they’re just so excited. This is a happy time for them, both sets of parents are thrilled,” a source told People shortly after the star announced the news. 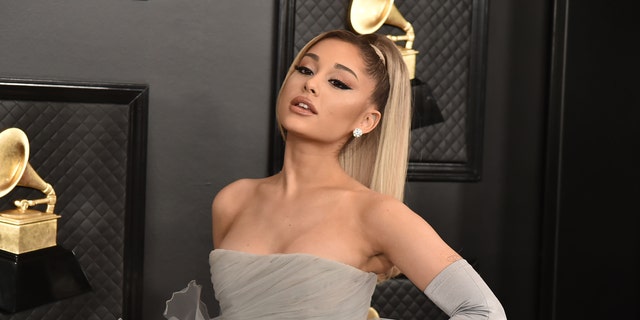 A source previously told the outlet that the duo first began dating in January, meaning the engagement comes just shy of their one-year anniversary. However, their admiration for each other has been prevalent on her social media for weeks.

Two weeks ago, Grande shared a collection of photos she captioned “some life stuff,” that included a black-and-white photo of her and Gomez locking lips.

This mark’s the second time that Grande was engaged. In 2018, she was romantically linked to “Saturday Night Live” star Pete Davidson. The duo fell hard fast and announced shortly after they made their relationship official that they were engaged. However, months later the duo broke off their engagement and went their separate ways.

December 2020 is shaping up to be a big month for the singer, who is not only closing out the year as a bride-to-be, but she’ll be the subject of an upcoming Netflix documentary titled “Excuse Me, I Love You,” which is headed for the streaming platform on Dec. 21.

The documentary follows Grammy-winning singer during her 2019 “Sweetener Winter Tour” and captures the performances and drama that followed the recording artist as she continues her rise to fame. The documentary promises a slew of never-before-seen content as well as giving fans a closer glimpse into her life.