As I Lay Dying headman Tim Lambesis is in the hospital after an attempt to start a bonfire left the rocker with burns to 25% of his body.

Lambesis, 40, who once spent two years in prison after he tried to hire a hitman to murder his estranged wife, kept his family and social media followers abreast of his situation on Wednesday.

He shared a photo of himself on Instagram all bandaged up while “doing the best” he could “to make a thumbs up” as he headed into surgery to remove the skin doctors were unable to scrub off during his last dressing change.

“Keep your head up no matter what!” Lambesis wrote to his nearly 37,000 followers while apologizing “to my friends that I have not had the time to fill in yet on what happened.”

The Grammy-nominated metal-head explained in writing that “the entire gas cap fell off when trying to use a little from the trickle tip to get a bonfire started.”

AS I LAY DYING SINGER ADMITS TO SEEKING WIFE’S MURDER 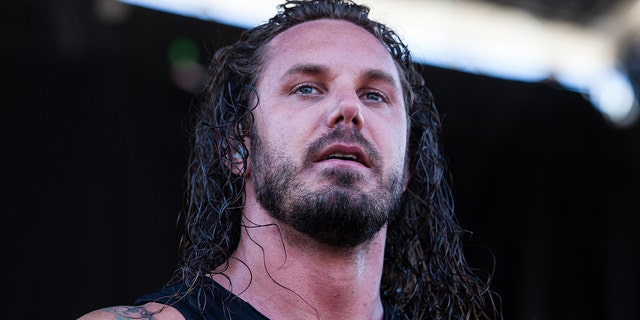 As I Lay Dying singer Tim Lambesis was hospitalized Wednesday after he burned 25% of his body while trying to set a bon fire. (Photo by Chelsea Lauren/Getty Images)

He added that the mishap left his clothes drenched in gasoline “and I ended up burning 25% of my body.”

Lambesis said he has been in the hospital since Saturday night and anticipates his stay will last “a couple more weeks most likely.”

Added the crooner: “I am extremely thankful for the Burns center workers who are taking care of me. I will try to update on my recovery. It will be a long road, but I will get back to full strength eventually.” 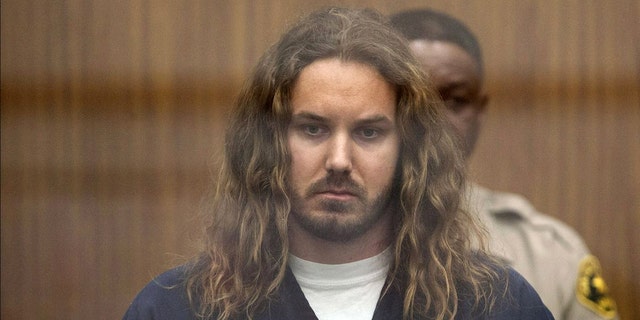 As I Lay Dying frontman Tim Lambesis served time in prison for hiring a hitman to kill his estranged wife. (AP, File)

Lambesis was arrested in May 2013 when he was caught in the act of attempting to hire someone to kill his wife Meggan Murphy. His plan was foiled when the person Lambesis had hired turned out to be an undercover agent.

After a number of court dates, in which Lambesis’ legal counsel argued at the time his “thought processes were devastatingly affected by his steroid use,” according to The Guardian, Lambesis changed his 2014 plea in the charge of soliciting a murder from “not guilty” to “guilty” and was sentenced to six years in prison. He served two years before his release in December 2016.

After one of the band’s concerts that year was canceled to the chagrin of the public, Lambesis issued a lengthy statement to his Instagram and denounced “that person I became during the darkest period of my past.”

“It is part of my life’s work to prevent others from going down destructive paths,” he added in the social media post, which shows Lambesis during a return to prison – this time as a civilian tutor. “It’s now been almost six (6) years since I made the biggest mistake of my life, and I consider each day an opportunity to do something positive to turn my life around and to use my experience to help others.”