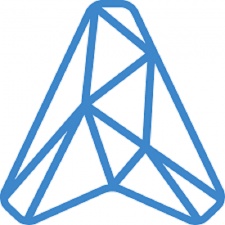 Assemble Entertainment and Mixtvision have announced a new partnership, with Assemble taking responsibility for the distribution of Mixtvision’s upcoming titles.

Founded in 2016, German company Assemble Entertainment is best known for Endzone – A World Apart, as well as for taking over publishing duties for the long-running Leisure Suit Larry series. The company’s success has seen them win the award for Best Publisher at the German Developer Awards twice in a row.

“Assemble is just over five years old. Mixtvision entrusting us with their entire portfolio is not only a great honor but also a recognition of our work so far.” said Stefan Marcinek, founder and CEO of Assemble Entertainment. “Every title from Mixtvision is something very special and burns with creativity. We will continue to carry this flame. We are pleased to be able to work with all of these great developer studios and assure them that their titles have fallen into loving hands with us.”

Mixtvision is an indie developer, best known for titles such as FAR: Lone Sails, A Juggler’s Tale, and Interrogation: You Will Be Deceived. The company has achieved success, but by partnering with Assemble Entertainment they can further increase their reach and market share.

“I am very proud of what has been created in our publishing division since its founding. I am especially grateful to Benjamin Feld, who has developed the digital division into a very successful indie games publisher in its own right, with wonderful titles that have rightly won many awards.” said Mixtvision founder and CEO Sebastian Zembol. “We are very pleased to have found a great partner in Assemble who shares our philosophy and goal of engaging people with narrative-driven, emotional games.”