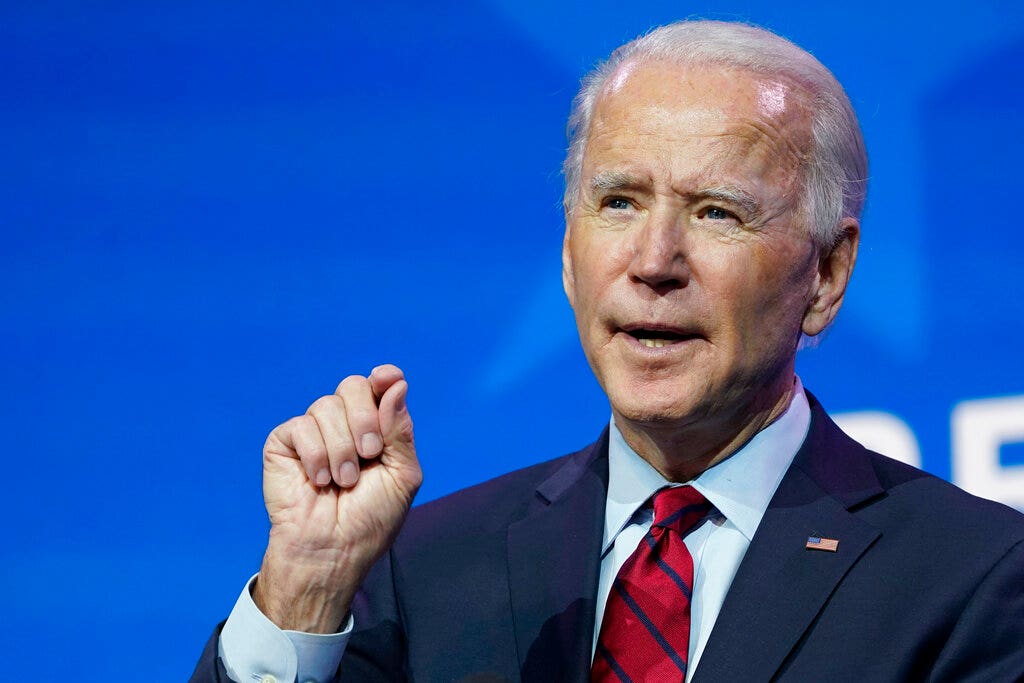 President-elect Joe Biden may stagger nominations of House Democrats for positions in the upcoming administration to avoid cutting into House Speaker Nancy Pelosi’s already slim majority after losses in the November election.

“We need to manage something like this,” Rep. James Clyburn, D-S.C., the Democratic whip and a top Biden ally, told The Associated Press in an interview.

Clyburn said the plan would be to pull Richmond first because his senior adviser position doesn’t need Senate confirmation, then Biden would wait to formally nominate Fudge and Haaland until after the March special election in Louisiana.

BIDEN TO PUBLICLY GET CORONAVIRUS VACCINE ON MONDAY

All three lawmakers are considered to be from Democratic strongholds that would be tough for Republicans to flip.

The lawmakers can remain in the House, voting as members, until they are Senate-confirmed. Their nominations could be sent one after the other, in the months that follow.

Moderate lawmakers and strategists blamed progressives pushing the party’s message to the left for the losses in November despite Biden’s win and progressives complained it was centrists who ran timid campaigns without a bold message to attract voters.

Pelosi is a master vote counter on the House floor, but even her skills will be tested in the new Congress, starting with her own election for another term as speaker. If even a few Democratic lawmakers object or peel off, passing bills in the new Congress could be difficult.

Biden has refrained from pulling Democrats from the Senate because of the narrow Republican majority that Democrats can only flip if they win both Georgia runoffs next month. Even then, it would be 50-50 with Vice President-elect Kamala Harris breaking ties.