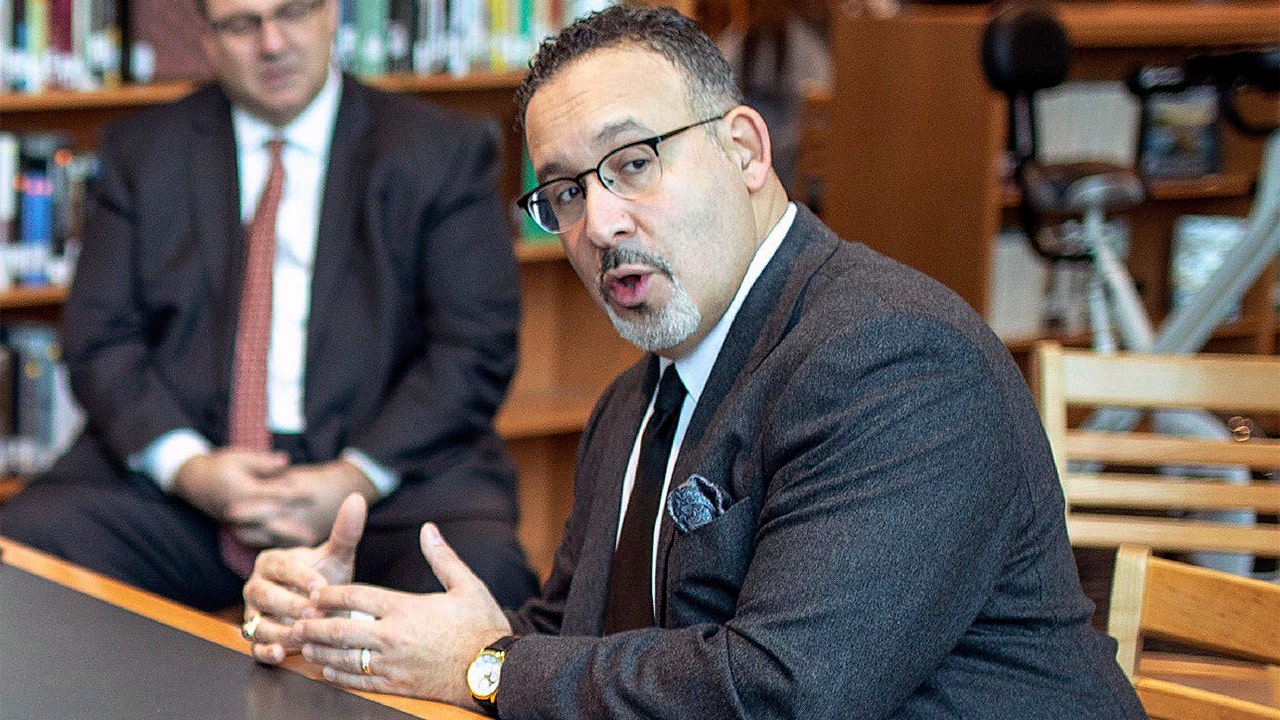 Cardona, 45, worked as a public educator for two decades in Connecticut, before becoming the state’s top education official in 2019.

As education commissioner, Cardona has been a vociferous advocate of sending children back to school for in-person learning amid the coronavirus pandemic, noting the low transmission rate among children and the devastating setbacks of remote learning.

If confirmed, Cardona would be able to push for reopenings nationwide, as Biden has pledged to have most schools reopened by his 100th day in office.

DEVOS PLEADS WITH EDUCATION DEPARTMENT STAFF TO ‘BE THE RESISTANCE’

Under the leadership of Cardona and Gov. Ned Lamont, Connecticut was a rare blue state to express a strict preference for in-person learning amid the rise and fall of coronavirus cases in the state.

Ultimately, the decision was left to school districts to decide how to handle closings. In November, Cardona and acting Department of Health Commissioner Deidre Gifford sent a letter to local superintendents saying they do not think “arbitrary, date-based closures of school are warranted at this time.”

Citing the social, emotional and physical benefits of classroom presence, the letter said  “in-person education is too important for our children to disrupt their education further, unless and until local conditions specifically dictate the need to do so.

Meanwhile, as Biden, a self-described “union guy,” has called for eliminating federal funding of for-profit charter schools, some in his party, including Democrats for Education Reform, has criticized efforts to roll back federal funding for charter schools. They argue that doing so will cut off options for low-income Americans.

Cardona has expressed support for charter schools, telling the Connecticut Post last year that it’s important for parents to have choices. “As a parent myself I want to make sure I have options for my children,” he said.

Jeanne Allen, CEO of the Center for Education Reform, praised the choice of Cardona.

“President-Elect Joe Biden’s choice of Connecticut Commissioner of Education, Miguel Cardona, is good news for the millions of parents and students… Had Biden picked a union leader or equivalent, it would have been akin to an act of war on the progress of the last three decades of pushing power to parents,” she said in a statement.

Cardona said he wants public, charter and magnet schools to all abide by the same accountability measures. Still, during his hearing for education commissioner, Cardona said his work would center on public schools.

“Charter schools provide choice for parents that are seeking choice, so I think it’s a viable option, but [neighborhood schools] that’s going to be the core work that not only myself but the people behind me in the agency that I represent will have while I’m commissioner.”

Only about 10% of public school funding comes from the federal government, mostly through the Title I program, which goes to low-income schools. Biden, on the campaign trail, has proposed to triple that funding, which currently stands at about $16 billion.