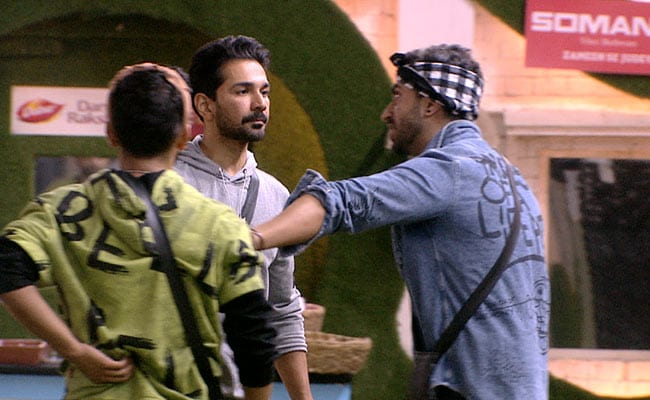 Finally, Vikas Gupta re-entered the Bigg Boss house to change the game. He was ousted from the show earlier this month after he pushed Arshi Khan into a pool during a task. Vikas’ entry came as a surprise for Arshi, who then tried to initiate a conversation with him by offering him a cup of tea. In another part of the house, Nikki Tamboli confessed that she likes Aly Goni. She talked about her feeling when Rakhi Sawant said that Aly and Jasmin are romantically involved. Nikki said they aren’t and said that they just share a friendship bond. She added that she doesn’t have a crush on Aly but she likes him in certain ways.

Around mid-day, Arshi accused captain Rubina of taking Vikas’ side. While she was arguing with Rubina, Sonali Phogat entered the house as a new contestant.

Later, Bigg Boss announced a new captaincy task. A hot air balloon was placed in the garden area and the contestant were asked to get inside it one by one after their names will be announced by Bigg Boss. As per the task, the housemates outside the balloon will put a sack in it with the name of the candidate they want to nominate stamped on it.

Jasmin was the first one to get inside the balloon. During the task, things turned sour between Aly and Abhinav, who were close friends. They had a fight because of Rahul Vaidya. Before the task, Aly made it clear that he will support Rahul because he wants to see him as the Captain. Abhinav disagreed to this and said that under no condition will he let Aly support Rahul. He also reminded Aly that he has supported him in the past and he expects him to return the favour during tasks.

Watch this space for more updates on Bigg Boss 14.