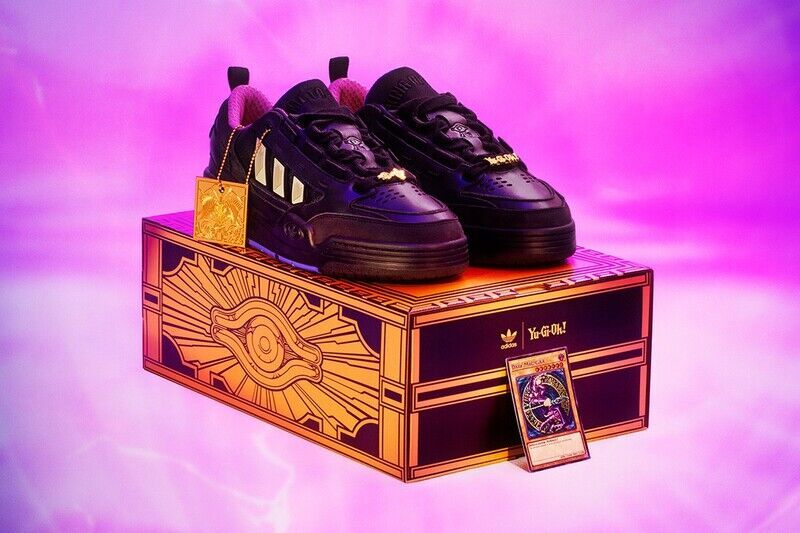 The Yu-Gi-Oh! x adidas ADI2000 is a highly-anticipated collaboration between the popular anime franchise and the sportswear giant. The shoe is set to release on January 26th, and will be available for purchase on the adidas website for $120 USD.

The ADI2000 silhouette was first introduced in last year’s Yu-Gi-Oh! footwear collection, where it was adorned in a Blue-Eyes-White-Dragon colorway. This time, it is paying homage to the character Yami Yugi, the protagonist of the series. The shoe features a black base with gold stripes on the upper and laces, purple accents on the midsole, and various touches of pink. The collaboration also includes a co-branded Dark Magician card, a custom box, and Millennium Item lace jewels, meaning it is suited to both fans of the franchise and general footwear collectors. Additionally, the piece comes with an Exodia hangtag, which will be familiar to fans of the card game franchise.

The collection is expected to be highly sought after, and for those who love the anime and the shoe, it is a great opportunity to cop a unique and exclusive piece from both brands.