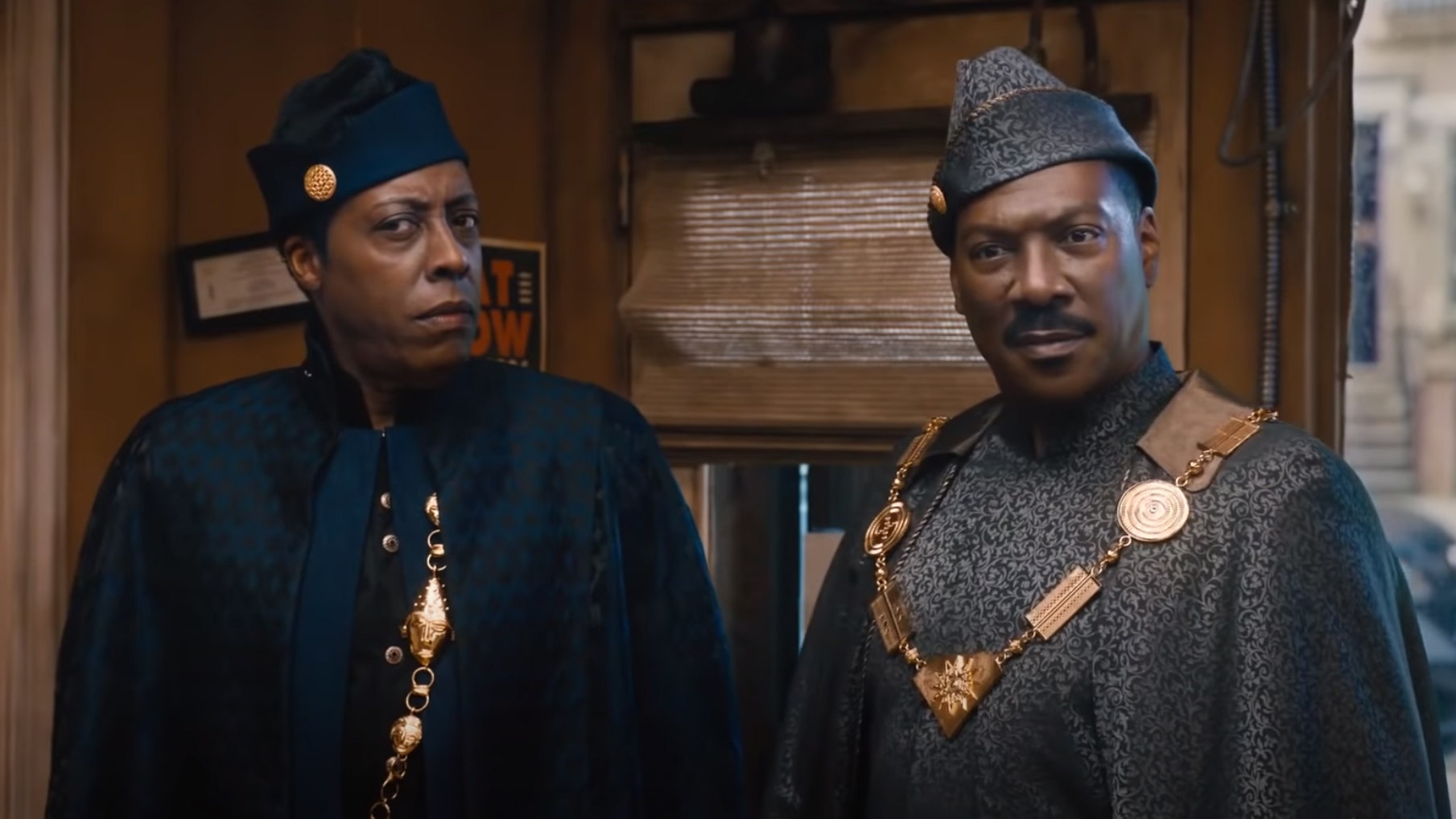 The first trailer for the highly anticipated sequel “Coming 2 America” has finally dropped.

The original comedy, “Coming to America,” came out in 1988 and “2” will follow newly crowned King Akeem of the fictional country Zamunda as he travels back to New York to locate his long-lost son.

Last week, the studio shared the first-look images on Twitter, showcasing not only Murphy, 59, and Hall, 64, but also several other members of the cast, including screen icon James Earl Jones and Shari Headley.

EDDIE MURPHY SAYS HIS OLD STAND-UP JOKES ABOUT GAY PEOPLE MAKE HIM ‘CRINGE’: ‘I CAN’T BELIEVE I SAID THAT’

In several images, the “Saturday Night Live” alum is decked out in royal regalia, but another shows the goofy monarch wearing a blue-and-orange New York-themed bomber jacket covered in pins and patches, paired with a baseball cap.

Headley and Jones are both seen wearing crowns and dressed to the nines as well.

‘My Flash is On’: Man Exposed By Hooters Server for Snapping Photos of Employees

What Scares You? 101 Quotes to Overcome It