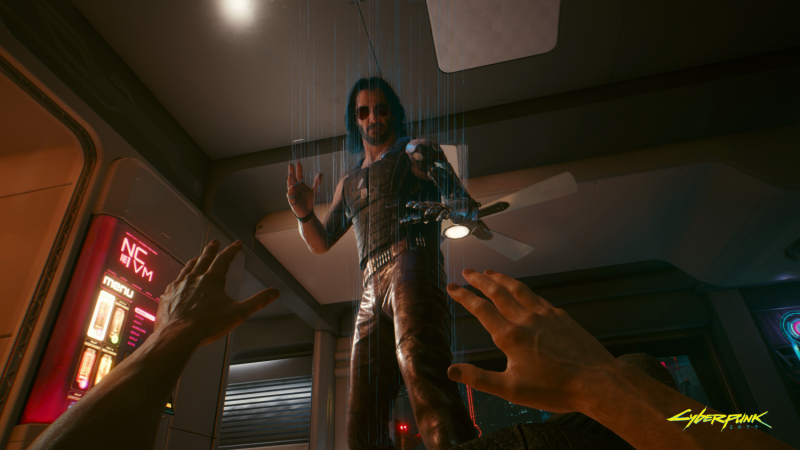 We’re all probably a bit tired of hearing what’s wrong with Cyberpunk 2077, but its latest issue is one worth paying attention to. According to Eurogamer (and corroborated by The Verge) players are starting to report that their save files are becoming corrupted. The reason? The save file might be too big.

By “too big,” that apparently means anything exceeding 8 MB. The exact cause has not been confirmed, but multiple users on Reddit and CD Projekt Red’s forums have reported problems with their save files that exceed that threshold. The issue appears to primarily affect the PC version of the game, but players on all platforms should be wary since the full details have not been officially confirmed.

GOG.com (which is owned by CD Projekt) has a support page acknowledging the issue. It recommends that players “try to keep a lower amount of items and crafting materials”. Translation: stop picking up so much stuff.

If you find yourself with a screwed up save file, you’re sadly out of luck. GOG states that corrupted saves cannot be recovered, adding: “the save file size limit might be increased in one of the future patches, but the corrupted files will remain that way.” CDPR encourages affected players to load an older save to continue playing Cyberpunk 2077. Additionally, those playing with the item duplication glitch will need to load a save that’s unaffected by it.

To describe Cyberpunk 2077’s launch as “troubled” would be an understatement. The game’s much-anticipated arrival has been marred by a litany of technical glitches large and small, especially on base PlayStation 4 and Xbox One. CD Projekt Red’s apology encouraged players to seek refunds, which has turned into its own disaster after the studio admitted it hadn’t consulted with Sony and Microsoft beforehand, leading to many players being denied refund requests due to existing policies by the console makers. Last week, Sony hit the nuclear option by delisting Cyberpunk 2077 from the PlayStation’s digital store entirely, citing lack of quality. CD Projekt Red has apparently begun reaching out to those seeking refunds. An internal meeting was met with similar discourse as the developers clashed with management over the game’s bungled launch.

Over the weekend CDPR released Hot Fix 1.05, a major patch for the console versions meant to squash many of it’s bugs. A patch for PC is planned to arrive later. In the meantime, let us know in the comments if you’ve had your save file corrupted due to this issue.

[Source: Eurogamer via The Verge]