D.C. Mayor Muriel Bowser on Wednesday loosened coronavirus restrictions on houses of worship in Washington, D.C., following a lawsuit from the Archdiocese of Washington represented by the Becket Fund for Religious Liberty.

DC MAYOR SAYS $1,200 CORONAVIRUS STIMULUS PAYMENTS TO BE DISTRIBUTED TO SOME RESIDENTS

“The lawsuit argues that houses of worship and restaurants should be treated the same, or the same as other activities where the large gatherings limits are not imposed,” the order reads.

The Archdiocese of Washington’s lawsuit, filed Dec. 11 in the U.S. District Court of the District of Columbia against Bowser, called the orders “unscientific” and “discriminatory.” 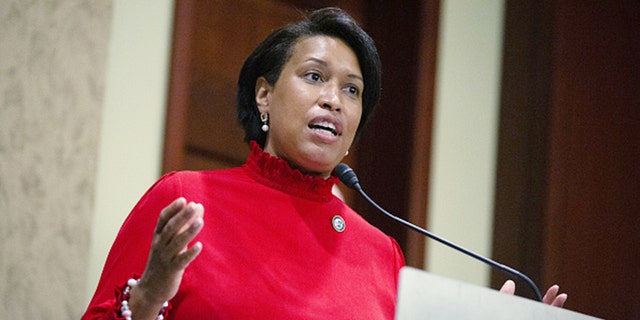 Muriel Bowser, mayor of Washington, D.C., speaks during a news conference ahead of a District of Columbia statehood bill vote on Capitol Hill in Washington, D.C., June 25, 2020. (Photographer: Stefani Reynolds/Bloomberg via Getty Images)

“The archdiocese has shown that they can have mass and be socially distanced … so really what this boils down to is discrimination on the part of the city. They are choosing to treat the religious entities different from restaurants where you can sit down for 90 minutes with no masks or tattoo parlors or liquor stores,” Alvarado said.

Bowser was also going against what the Supreme Court has already ruled, Alvarado added. It ruled 5-4 in favor of the Brooklyn Diocese and Orthodox Jewish synagogues in November in their case against New York Gov. Andrew Cuomo’s coronavirus restrictions.

Alvarado said it was “very unreasonable to have a cap” of 50 people in the Basilica of the National Shrine of the Immaculate Conception, which has a capacity of at least 10,000 people.

Bowser’s decision comes after the Supreme Court gave temporary victories to a Colorado church and New Jersey religious leaders that challenged their respective states coronavirus restrictions on the number of people allowed at prayer services.