U.S. health officials are seeing an astonishing lack of demand for COVID-19 medicines that may help keep infected people out of the hospital, drugs they rushed out to states over the past few weeks as deaths set new records.

Red tape, staff shortages, testing delays and strong skepticism are keeping many patients and doctors from these drugs, which supply antibodies to help the immune system fight the coronavirus. Only 5% to 20% of doses the federal government allocated have been used. 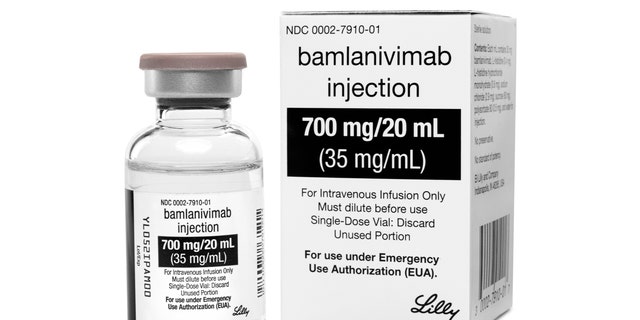 Ironically, government advisers met Wednesday and Thursday to plan for the opposite problem: potential future shortages of the drug as COVID-19 cases continue to rise. Many hospitals have set up lottery systems to ration what is expected to be a limited supply, even after taking into account the unused medicines still on hand.

Only 337,000 treatment courses are available and there are 200,000 new COVID-19 cases a day, “so the supply certainly cannot meet the demand,” said Dr. Victor Dzau, president of the National Academy of Medicine, whose experts panel met to discuss the drugs.

Antibodies are made by the body’s immune system to fight the virus but it can take several weeks after infection for the best ones to form. The drugs aim to help right away, by supplying concentrated doses of one or two antibodies that worked best in lab tests. The government is providing them for free, but there’s sometimes a fee for the IV required to administer the drugs.

Eli Lilly and Regeneron Pharmaceuticals have emergency authorization to supply their antibody drugs while studies continue. But the medicines must be used within 10 days of the onset of symptoms to do any good. Confusion over where to find the drugs and delays in coronavirus test results have conspired to keep many away.

“It can take anywhere between two and four days for results to come back and that’s absolutely precious time” for the drugs to have a chance to help, Dr. Keith Boell of Geisinger Health System in Pennsylvania told the experts panel.

“Our clinics have everything from a bus stop to a buggy stop,” serving big cities and horse-driven Amish communities, he said. “We really want to get these into anybody they can help” but it’s hard, he said.

Many states and health centers were not ready for the sudden availability of the drugs, said Dr. Ryan Bariola of the University of Pittsburgh’s 30-hospital system. It can be a nightmare for doctors or urgent care centers to figure out if a patient qualifies.

“How do you get it done? Do you call your local hospital? They may not have an infusion center set up. For a lot of independent physicians, this is very hard,” he said.

The crunch comes as vaccine efforts begin across the United States, monopolizing attention and staff.

States “didn’t see this coming … and have limited bandwidth” to deal with this on top of allocating vaccines, said Connie Sullivan, president of the National Home Infusion Association.

Many hospitals such as the University of Michigan’s quickly set up outpatient infusion centers but a shortage of nurses and other staff has been “the biggest problem we’ve had,” said a pharmacy resident, Megan Klatt.

Skepticism also is hurting use. The evidence that the drugs help is thin, several leading medical groups have not endorsed them, and many patients who feel only mildly ill see them as a risk: Half who have been offered them in the Michigan system have declined, Klatt said.

“It doesn’t help when physicians themselves are not totally convinced,” said Mohammad Kharbat, a pharmacy chief at a hospital system in Madison, Wisconsin, where half of patients also have declined.

The University of Utah has seen interest from patients and developed a formula to figure out who most needs the drugs, but getting the infusion “requires going to a website, being notified of your test result … doing some of the legwork yourself” and many people can’t manage that, said Dr. Emily Sydnor Spivak.

“We’re going to have to go out and find people” who qualify and offer them the drugs, she said.

That’s how Lance Harbaugh wound up receiving one. Harbaugh, 58, of Cumberland, Maryland, started feeling ill around Thanksgiving, tested positive for the coronavirus the following Monday and was given Lilly’s drug at the University of Pittsburgh’s Western Maryland hospital a few days later.

Harbaugh said he was “down and out” with pneumonia, chills, fever and lots of coughing. When the staff suggested the drug, he added, “I was all for it.”

Harbaugh avoided hospitalization but said he still has many symptoms.

Ohio State University was prepared to quickly administer the drugs because it had helped test one of them, said a pharmacy manager, Trisha Jordan. Within an hour of getting its first dose, the hospital was giving it to a patient, Jordan said. She said the university could use more treatment courses than it’s already received.

Dr. John Redd of the U.S. Department of Health and Human Services said he was glad to hear some hospitals want more. “We have never said ‘no’ to a requester,” Redd told the National Academy of Medicine panel.

Toward the end of the panel meeting, a Lilly official, Andrew Adams, lamented the hurdles that have prevented medical professionals from getting the drugs to the people who need them. He said Lilly overcame serious obstacles, including a loss of power due to a hurricane in the Northeast, to develop the medicines quickly.

“It just highlights the extreme lengths we’ve gone to … to make this happen,” Adams said. “It’s important to us that all of those efforts weren’t in vain.”