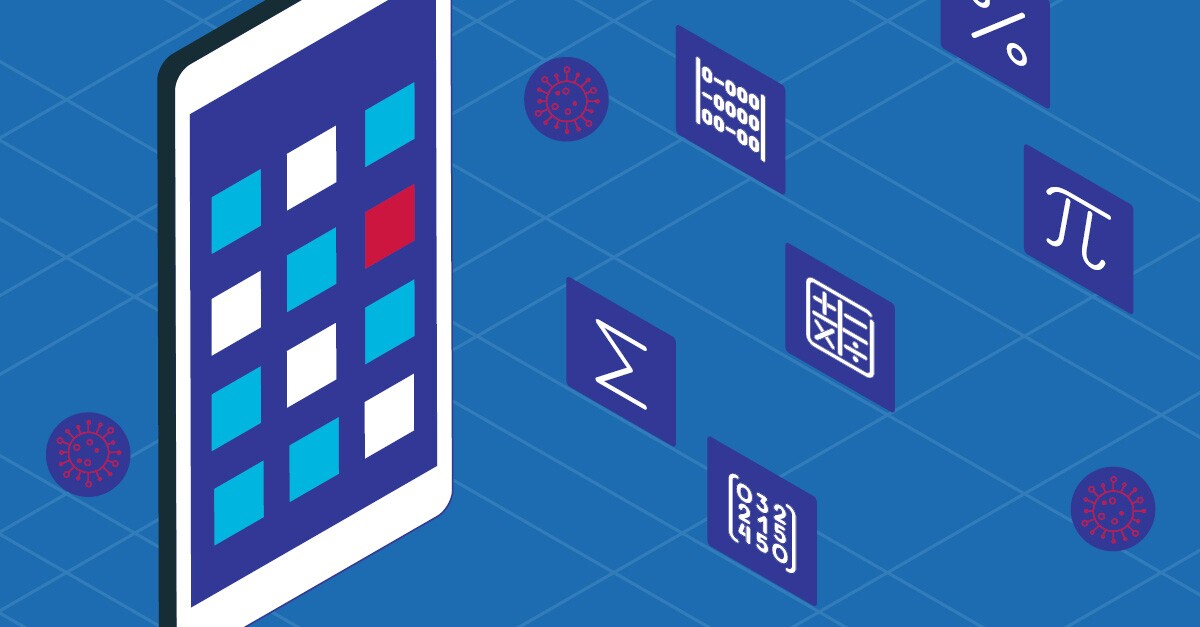 This past spring, Dawne Coker found herself dressing up like her grandmother and baking cookies on camera, all for the sake of math.

Coker, a K-5 instructional coach in Cumberland County schools in North Carolina, was searching for a way to demonstrate the real-world relevance of measurement and fractions to 3rd and 4th graders during virtual learning. Digital tools, like Khan Academy, worked well for skill practice and procedural fluency, but kids were having trouble making the jump to applying these skills in context, she said.

So Coker started a series of YouTube videos to explain the “why” for lessons—including one in which she pretended to call her grandmother to ask for a cookie recipe, which led to Coker explaining the difference between weight and capacity. When schools first went virtual last spring, teachers in her district introduced and discussed concepts using Coker’s videos, and only then sent children off to practice the math skills involved in digital programs. It’s a method Coker is now phasing into the district’s new virtual academy, where she’s teaching this year.

Deciding how and when to integrate new tech into math instruction is an ongoing negotiation for many teachers, particularly as they move this year into a more structured distance learning environment than that of the spring. It’s an especially thorny task for teachers of the youngest learners. “If you look at what effective teaching practices in real live classrooms look like for kindergarten and primary children—there’s a lot of tangibles, there’s a lot of handling things and activity. You represent a lot of the mathematical ideas in real contexts,” said Alison Clark-Wilson, a principal research associate at University College London’s Knowledge Lab. Adapting these hands-on activities to work on a screen can be a challenge.

There is some evidence that practice-focused apps can build fluency in basic foundational skills, like recognizing numbers and quantity, said Shayl Griffith, an assistant professor at Florida International University in Miami. A recent review paper published in the journal of Pediatrics by Griffith and her colleagues found that the use of math apps was linked to higher early math abilities.

But she added that there are many programs available that haven’t been tested. “School districts and even parents at home are going to be having access to programs and games that don’t have the evidence behind them yet,” Griffith said.

This information gap means that the teacher’s role is especially important in evaluating and integrating new tech, said Adam Dubé, an assistant professor and the director of the Technology, Learning, and Cognition Lab at McGill University in Montreal. “They can be the person who has the understanding of mathematics, the understanding of pedagogy, and then they have the ability to choose,” he said.

Much of the technology that teachers have access to during remote learning is content-agnostic, like Google slides. In this format, there are three driving questions, said Theresa Wills, an assistant professor of mathematics education at George Mason University in Fairfax, Va.: What would you do in the face-to-face environment? Can you do it online? And can you do it better online?

This October, the EdWeek Research Center asked K-5 teachers, elementary principals, and district leaders who oversee elementary math which digital curricula and programs they were using to teach math remotely during the pandemic. Below are lists of the providers educators said they turned to, and where applicable, the top-cited program from each publisher.
CORE PROGRAMS

For example, she said, teachers in a physical classroom might ask their elementary school students to show their work on individual whiteboards and then hold them up to share out to the group. This doesn’t work as well on a video call as it does in the classroom, Wills said. It’s harder to see what students have written in a full-class view, and it requires all students to be on camera.

Instead, Wills transformed the routine into a new online protocol. A table of editable squares on a Google slide, one square for each student, now stands in for two dozen or so whiteboards. Kids can then type their answers into the box, where other students and the teacher can see it clearly.

Teachers can also use virtual blocks, counters, and other tools to physically represent numbers, said Chrissy Newell, a coach at Desmos, a company that offers free math software.

Some of the online tools are more constrained, she said—kids can’t get off task and use base 10 blocks as if they were Legos, for example. “Less freedom might actually be more helpful for actually connecting it to the math,” Newell said. Teachers can also easily record and replay students’ representations.

Still, a constrained environment has its own downsides. An online set of blocks might automatically break a base 10 block into 10 ones, taking away an opportunity that a student would have in the classroom to do the counting herself. How useful—or how much of a barrier—these features are will depend on the goals of the lesson, Newell said.

Outside of these tools, there’s a constellation of programs, games, videos, and apps available to teachers—both through curriculum providers and mainstream commercial distributors, like the Apple app store.

If teachers want to assign apps or games for use outside of synchronous classes, it’s important that they troubleshoot in advance, said Ann LeSage, an associate professor of math education at Ontario Tech University in Canada.

“You should play it much longer than you think is necessary, and you should make loads of mistakes, like your children will make,” she said.

Teachers should also think about how the game play or program use fits into their instructional plan as a whole, said Wills. “It’s a great data point to see where kids are,” she said, which teachers can then use to develop appropriate interventions for students who need more support.

But not all games, apps, and programs are created equal. While some are designed with input from researchers and aligned to curriculum standards, others are made by programmers with little education background, said Dubé.

Dubé and colleagues at McGill evaluated the top 90 math-related educational apps in the Apple App Store and found that many didn’t include information that could help teachers and families evaluate quality, like whether researchers were consulted in the design or whether the app was aligned to any curriculum or educational philosophy.

Dubé holds that hosting platforms, like Apple, should be doing more to evaluate and label educational programs. For now, though, it’s mostly educators making those judgment calls. Experts in the field suggested four considerations for teachers who are looking to supplement their teaching with digital tools.

Some are meant to introduce concepts; others only supply practice problems for concepts assumed to have already been taught. Some are gamified, while others offer a “sandbox” environment, Namukasa said, that allows for self-directed exploration.

There’s evidence that apps can improve students’ ability to tackle particular types of problems or approaches to solving them, said Dubé. But it’s not clear that apps can improve mathematical ability generally, outside of the specific areas they target, he said. For that reason, he said, teachers should stick to programs that are closely aligned with the goals of their class.

2. Look for scaffolding and feedback

Well-designed apps don’t just tell students whether they’ve gotten an answer right or wrong, but offer “progressive hints and scaffolding that would allow the child to arrive at the right answer,” Griffith said. This is important for learning, but also for keeping kids from disengaging, she said.

The best platforms can tell when a kid is in a “cycle of struggle,” continually putting in wrong answers even with support, said Clark-Wilson. Those platforms can then move the student on to something else and make a note for the teacher that the child needs more instructional support.

Experts also agreed that apps should allow for students to start at different levels depending on their abilities, and to level up, accessing progressively more difficult tasks as they demonstrate understanding.

It’s important that math content is integrated into the gameplay, said Dubé. He highlighted DragonBox Algebra, a pre-algebra app designed for elementary-age children, as an example of this design.

The app asks players to move boxes around the screen in order to balance an equation, and a player “wins” once the equation is balanced. “The game’s mechanics are the mathematical thinking,” he said.
By contrast, when apps include unrelated mini-games as rewards or breaks, it can distract children and turn their focus away from problem solving, Dubé said.

Especially for very young students, touch-screen responsiveness is important, said LeSage. Kids may not be as accurate in their pointing and dragging as the adults designing the technology, she said. This can have instructional ripple effects, if the app records a wrong answer for a student who knows the material but can’t press the right buttons. “When the child is being limited because of a design flaw in the tech, it becomes unusable,” she said.