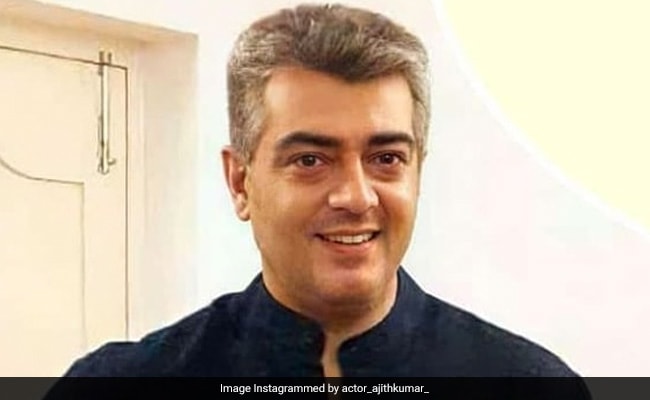 Tamil star Ajith Kumar has asked fans to drop the prefix Thala from his name – he will answer to Ajith, Ajith Kumar and AK. It is common for South actors to be referred to in this manner – with a description of the actor’s stardom attached to their name. Rajinikanth’s is Superstar, Chiranjeevi’s is Megastar, Vijay – who has a perceived rivalry with Ajith – is called Thalapathy, and Ajiths is – or was, we should say – known as Thala or neta. Ajith’s character in 2001 film Dheena was called Thala Dheenadhayalan and the prefix stuck; since then, fans have called him Thala Ajith and are prone to extreme annoyance if anyone should refer to him as plain old Ajith.

However, plain old Ajith is what he would like you to call him starting now, please. A statement posted on the actor’s behalf by his manager Suresh Chandra, reads: “To the respected members of the media, public and genuine fans. I henceforth wish to be referred to as Ajith, Ajith Kumar or just AK and not as “Thala” or any other prefix before my name. I sincerely wish you all a beautiful life filled with good health, happiness, success, peace of mind and contentment forever. Love, Ajith.”

Ajith fans might be triggered but will simply have to soldier on and conduct the online warfare with Vijay fans for which both sides are infamous without the Thala in their artillery.

Ajith Kumar, 50, is the star of hits such as the remake of Rajinikanth’s Billa, Citizen, Varalaru and Mankatha. He was last seen in 2019 film Nerkonda Paarvai and his next project, the much-anticipated Valimai, will release next year to coincide with Pongal.