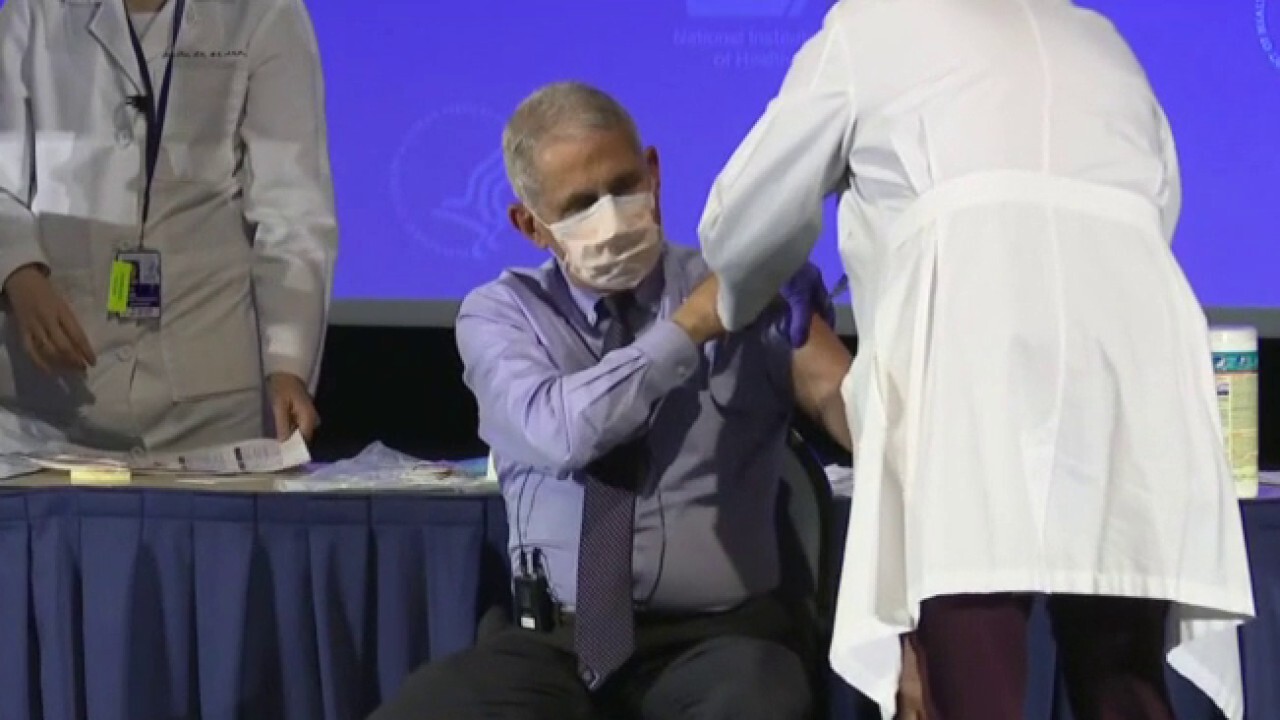 “I don’t have any discomfort in any part of my body, not even in my arms …” Fauci, 79, told substitute host John Roberts. “I mean, I’m right now feeling great, but might change a little bit later. I wouldn’t be surprised if I got a little ache and felt a little down. But right now, I actually feel perfect.”

Even as more Americans receive the vaccine in the coming days and weeks, the head of the National Institute of Allergy and Infectious Diseases told Roberts that “nothing should really change right now with regard to the public health measures that hopefully we have all already been doing.”

“The universal wearing of masks; physical distancing; avoid[ing] congregate settings, particularly indoors; washing hands — until we get the level of virus so dramatically low in society, in the community, we still must practice public health measures. So a vaccine right now at the stage that we’re at should not change anything when it comes to the public health measures that we’re implementing.”

Fauci then turned to the controversy over members of Congress receiving the vaccine ahead of other groups, including some healthcare workers and the elderly. Some lawmakers have posted images and videos of them getting the shot in an effort to build confidence in the vaccine among their constituents, while others have declined to get the vaccine until others get it first.

“The fundamental reason for getting leaders of the country vaccinated is really twofold,” Fauci said. “One, because it really is a security issue. I mean, obviously, you want to make sure that it’s equitably distributed according to the suggestions and the recommendations of the advisory committees and the CDC. But you really have to understand, you want to keep the government intact. And that’s the reason why you do vaccinate, in a priority setting, the people who are the leaders of the country. In the sense of keeping the country running, it’s very much similar to essential workers in my mind.”

Roberts then asked Fauci about President-elect Biden’s statement earlier this week that the Trump administration “deserves some credit for getting us off the ground with Operation Warp Speed.”

Fauci answered that it was “unlikely” that a vaccine would have been available so quickly without the effort.

“Operation Warp Speed will go down historically as a highly successful endeavor, which allowed us to do things with regard to the timing of it and the effectiveness of it in a way that a few years ago people never would have imagined …,” he said. “It was a combination, of the fundamental basic science science that was done right here at the NIH [National Institutes of Health], as well as places that were funded by the NIH and by the Department of Defense and other government agencies. That, plus the creative initiative of Operation Warp Speed, made this possible.

“A lot of credit goes to the administration, particularly to [Health and Human Services] Secretary Alex Azar, as well as the Department of Defense, starting off with Secretary Mark Esper and his colleagues at DOD.”