MEXICO CITY – Latin America has taken another leftward turn, this as Gustavo Petro was elected president of Colombia, Sunday, making history as the country’s first leftist elected to be president. The shift left, analysts claim, could be yet another foreign policy headache for the Biden administration.

Petro is a former guerilla leader. His victory will change politics domestically, and the balance of power in Latin America as it adds to a wave of triumphs by the left in the region. Brazil could be the next triumph for the socialists if Lula da Silva wins in that country’s election in October. This would strengthen a leftist bloc whose pro-Russia and China sentiment and decidedly antagonistic views against the United States, should be a concern for the Biden and future U.S. administrations. 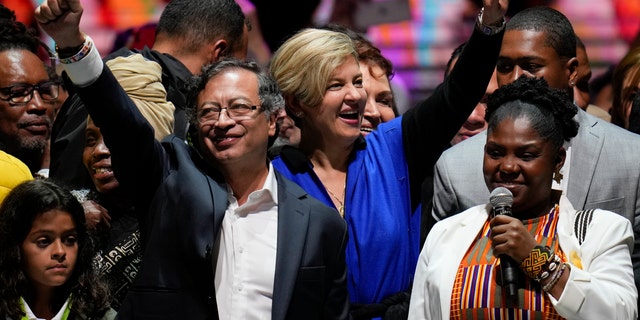 Joseph Humire, executive director of the Center for a Secure Free Society warns: “The victory of Gustavo Petro in Colombia consolidates the gains of the Latin American left over the last decade. But while the Biden administration may sympathize with the leftist political agenda of a new President Petro, the U.S. should pay close attention to any potential authoritarian actions or efforts by the new Colombian government to dismantle, hijack or polarize democratic institutions in the country under the guise of constitutional reform.”

The praise coming in from the continent’s socialist leaders was fast. Venezuelan dictator Nicolas Maduro was quick to congratulate Petro and his running mate. “I congratulate Gustavo Petro and Francia Márquez for their historic victory in the Presidential elections in Colombia. The will of the Colombian people, who came out to defend the path of democracy and peace, was heard. New times are in sight for this sister country.” 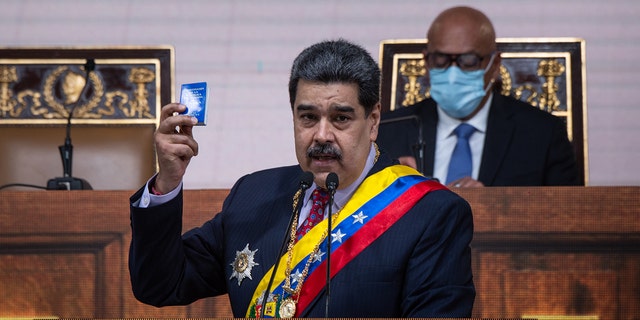 Nicolas Maduro, Venezuela’s president, was one of the first leaders to congratulate Gustavo Petro on his win. (Gaby Oraa/Bloomberg via Getty Images)

Maduro’s comments were echoed by Cuban president, Miguel Diaz-Canel: “I express my most fraternal congratulations to Gustavo Petro for his election as President of Colombia in a historic popular victory. We reiterate willingness to advance in the development of bilateral relations for the well-being of our peoples.”

Mexican president Andres Lopez Obrador, who just two weeks ago snubbed the U.S. by refusing to attend the Summit of the Americas in Los Angeles, said in a statement: “Gustavo Petro’s triumph is historic. Colombia’s conservatives have always been tenacious and tough. The writer José María Vargas Vila recounted that the dictators of his country ‘dipped their daggers in holy water before killing…’ Today’s triumph may be the end of that curse and the dawn for that brotherly and worthy people. Congratulations.” Lopez-Obrador will be visiting the White House next month.

Colombian analyst Jose Penso, a former president of the Colombian Association of Political Consultants, urged caution and told Fox News Digital: “It is time to wait for the tone of the Petro government in relation to the United States. He arrives with a commitment to unite the country through consensus, trying to appear less radical because he has been supported by groups on the center. It is still very uncertain and only with time will the tone of its relationship with the United States be seen.”

During his victory speech, president-elect Petro said: “Thanks to the strength of past generations who are no longer with us today we are the sum of resistance, of a past of struggle and rebellion against injustice and a world that discriminates.”

Observers said that evidence that democracy in Colombia continues to be solid was Petro’s opponent Rodolfo Hernandez’s immediate response conceding defeat and congratulating the president-elect: “I called Gustavo to congratulate him on his victory and offered my support to fulfill the promises of change for which Colombia voted today. Colombia will always count on me.” 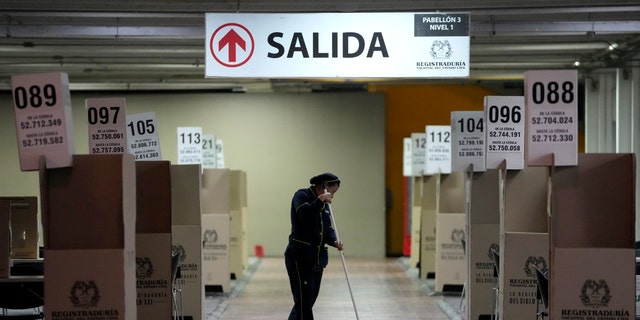 According to The Associated Press, Petro will have a tough time delivering on his promises as he does not have a majority in Congress, which is key to carrying out reforms. In recent legislative elections, Petro’s political movement won 20 seats in the Senate, a plurality, but he would still have to make concessions in negotiations with other parties.

Yet despite the initial coming together of both candidates for president, one former president of Colombia Alvaro Uribe, whom Petro considers a political enemy, tweeted: “To defend democracy, it is necessary to abide by it. Gustavo Petro is the President. Let a feeling guide us: Colombia First.”

Critics and political opponents are afraid that Petro will still try to radicalize and move to an extreme left position.

Argentina-based analyst Agustin Antonetti of the Fundación Libertad told Fox News Digital: “The triumph of Gustavo Petro is the missing piece, perhaps the most worrying, of this new reconfiguration in Latin America, leaning towards a new wave of leftist governments.”

Antonetti continued, “A region that is in alarming political and economic decline, in a complex global context, with three terrible dictatorships (Cuba, Venezuela and Nicaragua) that seem more alive than ever and surrounded by a large number of populist leaders, now in power, who they endorse them and are ready for anything. The big question is: Will the institutions in Latin America resist this new wave of governments in a clear rise of authoritarianism?” 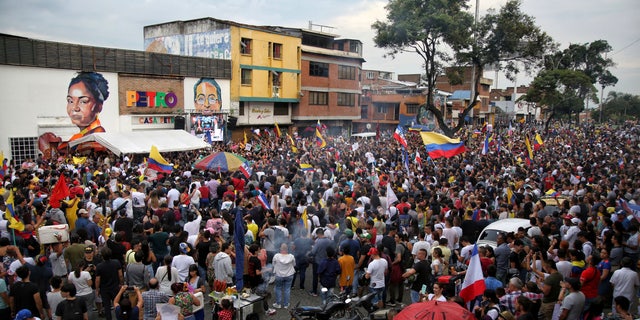 MCCAUL: US MUST ‘WAKE UP’ AND INVEST IN LATIN AMERICA TO GAIN EDGE OVER CHINA

Isaias Medina, a former high-ranking Venezuelan diplomat at the United Nations who was one of the first Venezuela diplomats to resign in protest over the Maduro regime, said the U.S. needs to pay attention saying that Maduro and his acolytes were, “tightening the noose around democracy’s neck in Latin America.”

Medina told Fox News Digital, “The American beacon of light and freedom must shine brighter.” He said, “President Biden has yet to face his hardest challenges of a full-scale China, Iran and Russia to overtake the last spaces left up in Latin America by absent U.S. policies and actions.”

The former Venezuelan diplomat said that “a pale economic future looms in the last moves of the geopolitical chess (game.) In the words of Ronald Reagan, ‘freedom and liberty are one generation away from extinction.’ Let us pray that this is not the generation that allows it to happen.”

Gustavo Petro received 50.47% of the votes defeating his rival Rodolfo Hernández who obtained 47.27%. The leftist candidate, who for a long time said that there was no democracy in his country, wins an election that showed democracy does indeed exist and works, observers say the Biden administration must keep a very careful watch as Petro begins his term as president on Aug. 7.

Armando Regil Velasco reports on Latin American affairs. He can be followed @armando_regil