Sen. Chuck Grassley, R-Iowa, in comments on the Senate floor Thursday lambasted Democrats for allegedly deploying “two sets of rules” for Cabinet nominees based on party and said it’s “pretty darn rich” that they are asking Republicans to defer to President-elect Joe Biden and swiftly confirm his nominations in the new Congress.

Grassley’s comments come after Democrats for four years have put up unprecedented resistance to President Trump’s judicial nominees and often aimed to stand in the way of Trump’s Cabinet appointments too. They also follow a contentious debate over the responsible use of the levers of government and deference to tradition and precedent during the confirmation battle for Supreme Court Justice Amy Coney Barrett.

An institutionalist, the 87-year-old senator said he prefers to give the president wide deference on Cabinet picks – but expressed suspicion that Democrats would return the favor the next time the president is a Republican. 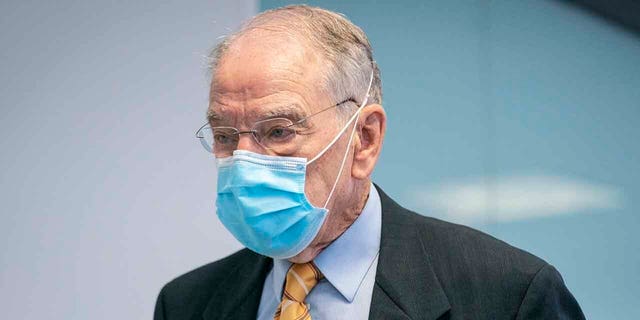 Senator Chuck Grassley (R-IA) walks to a Republican caucus luncheon in the Hart Senate Office Building on October 23, 2020 in Washington, DC. Grassley expressed suspicion that if Republicans defer to President-elect Biden’s Cabinet picks in the next Congress that Democrats would return the favor in a future GOP presidency. (Photo by Sarah Silbiger/Getty Images)

“We’re getting perhaps close to a new presidency and so there’s a lot of talk about how the Senate might handle new Cabinet people. Democrats are always lecturing Republicans about approving future Biden Cabinet nominees even if we don’t agree with them,” Grassley said. “Now that’s pretty darn rich.”

Grassley continued: “In other words, they are saying something like this: ‘Don’t follow our example from the past four years.’ Or another way to put that is, ‘Don’t treat Biden nominees to the Cabinet like we treated Trump nominees to the Cabinet.’ So they seem to want two sets of rules for Republican and Democratic Cabinet nominees just like they want with judicial nominees.”

Grassley then went on to say that several of former President Obama’s Cabinet nominees were approved quickly while Trump’s were stalled by Congress. He said some Democrats’ presidential ambitions caused them to vote “against virtually every single Trump nominee no matter how well qualified.”

The senator, who will resume his post as the chairman of the Senate Judiciary Committee next year if Republicans hold the Senate, added that he believes Congress should generally defer to the president on Cabinet nominees.

BIDEN BOASTS OF CABINET DIVERSITY, INCLUDING BUTTIGIEG, BUT IS THIS IDENTITY POLITICS?

“But can Senate Republicans be sure that if we employ that standard, Democrats will play fair with the next Republican president?” Grassley said. “I don’t want retaliation for its own sake, but the threat of holding Democrat senators to their own standards has been our only means of deterrence of obstruction. I want to hear from Democrats why we should not now adopt their standards and vote down nominees based on their politics.” 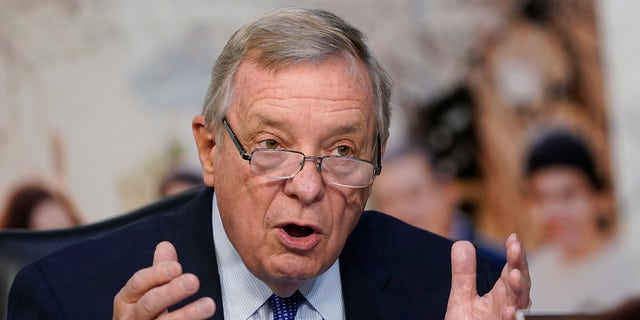 Sen. Dick Durbin, D-Ill., who is set to become the top Democrat on the Senate Judiciary Committee after Sen. Dianne Feinstein, D-Calif., stepped down – meaning he will be the chairman of the committee if Democrats take the Senate – responded by saying it’s important the Biden administration is able to pursue its priorities immediately.

“I want to give this president a chance to get off to a good, solid start. And he’s going to need it,” Durbin said. “We are in the midst of this pandemic. The numbers that roll in every single day are frightening. Even in my home state of Illinois… we know that the numbers are just unacceptable in terms of infections and hospitalizations. And sadly, deaths as well. Well over 300,000 Americans have died.”‘

Durbin also said that some of the opposition to Trump nominees from Democrats wasn’t necessarily because of their merits, but because the nominees failed to execute the standard expectations of Cabinet nominees up for confirmation.

“[Grassley] just gave us a reminder here of the difficulties that faced some of the Trump nominees on the floor of the United States Senate,” Durbin said. “I remember that there were some that were delayed because of very basic things. They had not filed their financial disclosure forms and the ethics reports which were expected of all Cabinet nominees.”

Durbin added: “I don’t expect President-elect Biden to cut any corners. I expect his nominees to follow the rules and the law and I’m hoping that they will have bipartisan support when they come to the Senate.”

Some of Biden’s top picks have been relatively well-received, like Janet Yellen to be the treasury secretary. Biden’s choice of retired Gen. Lloyd Austin for defense secretary is likely to be controversial, though not along party lines. He’s widely respected among both Republicans and Democrats, but some senators from both parties have expressed concern about confirming a recently retired general to what is supposed to be a civilian position.

Other Biden choices, like California Attorney General Xavier Becerra for Health and Human Services secretary and Neera Tanden for Office of Management and Budget director, however, have drawn significant pushback from the right.

The Georgia Senate runoffs scheduled for Jan. 5 will be key in Biden’s ability to confirm his Cabinet and get through his other legislative priorities. If Republicans win even one of those races they will hold a Senate majority and if they stick together as a party can essentially veto any Biden nomination or piece of legislation supported by Biden.

If Democrats sweep both of those races, however, they will bring the balance of power to 50-50 in the Senate. In that situation, Vice President-elect Kamala Harris would be able to break ties on party-line votes, giving Democrats, who control the House, a de-facto “government trifecta” and the ability to push through much of the Biden agenda.