“Guardians of the Galaxy” director James Gunn mocked Vice President Mike Pence after he unveiled that the name for members of the Space Force is similar to his movie franchise.

On Friday, Pence revealed that troops in the sixth branch of the military will be known as “guardians.”

“It is my honor, on behalf of the president of the United States, to announce that henceforth the men and women of the United States Space Force will be known as guardians,” he said at the White House. “Soldiers, sailors, airmen, Marines and guardians will be defending our nation for generations to come.”

It didn’t take long before Gunn, who helmed both “Guardians of the Galaxy” movies and is currently working on more projects within the franchise for Marvel Studios, commented on the name being similar to the group of space-based comic book superheroes.

“Can we sue this dork?” Gunn wrote on Twitter.

However, the term “guardians” actually has a rich history within the U.S. Air Force that dates back to 1983.

“Guardians is a name with a long history in space operations, tracing back to the original command motto of Air Force Space Command in 1983, ‘Guardians of the High Frontier,'” the Space Force said Friday. 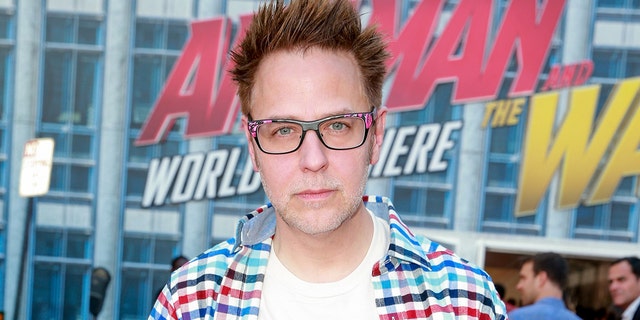 James Gunn joked that he’d like to sue Mike Pence over the naming of the Space Force. (Rich Fury/Getty Images)

“The name guardians connects our proud heritage and culture to the important mission we execute 24/7, protecting the people and interest of the U.S. and its allies.”

DISNEY REHIRES JAMES GUNN TO DIRECT ‘GUARDIANS OF THE GALAXY 3’

When followers pointed this fact out to Gunn, he said he was just making a joke, but noted that the “Guardians of the Galaxy” characters still predate the military’s use of the term.

“I was making a joke. But, for the record, the Guardians of the Galaxy have been around since 1969,” he told one follower who asked “who should sue who?”

Meanwhile, the Space Force was created one year ago with a projected size of 16,000 troops and an annual budget of $15.4 billion for now.