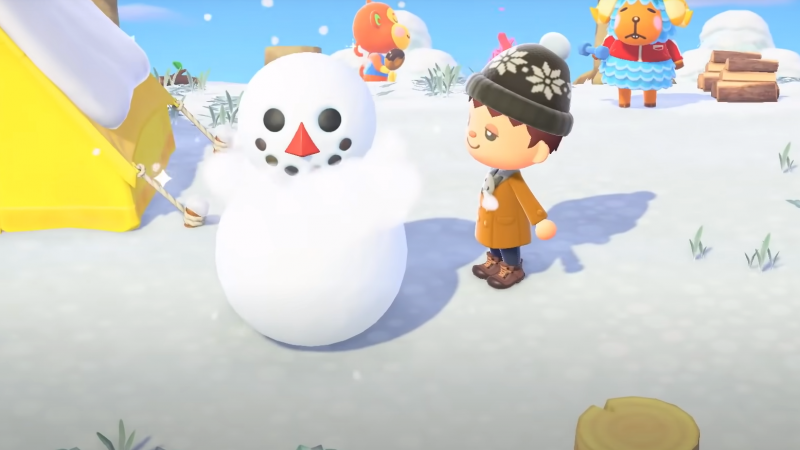 It’s a snowy paradise on many islands thanks to the Animal Crossing: New Horizons December update and for those looking to make the most out of the new seasonal items, you’re going to need to get real comfy with snowflakes. Snowflakes are incredibly important when crafting the latest seasonal goodies, so for players looking to get more bang for their snowbuck, here’s what you need to know.

How To Get Large Snowflakes In Animal Crossing: New Horizons

Like previous events, there is a special objective with the Winter festivities. With the December update, players are given a chance to craft Snowboy with the two snowballs that are randomly generated throughout the island. Players can take these snowballs and use them to craft this magical snowman. Get Snowboy and you’ll unlock special Snowflake DIY recipes. Unfortunately, though, the number of Large Snowflakes accrued are limited, but there is at least one way to maximize that return.

With each Snowboy a player crafts and interacts with comes the distribution of a Large Snowflake, which are pretty scarce. These Large Snowflakes are then used to create those seasonal goods, which is a major incentive when returning to those islands during each event.

Animal Crossing players can look forward to one Large Snowflake a day with a ‘Perfect Snowboy’. Each Snowboy lasts for four days, which will allocate four Large Snowflakes for players to accrue with each Perfect Snowboy. Even better, players can have up to four Snowboys per island, which makes that return of Large Snowflakes even higher. Craft them, collect from them, and then go ham on some snow DIYs. You can also collect normal-sized snowflakes with that handy dandy net used to catch bugs, and that collection isn’t limited the way Large Snowflakes are.

So that’s what you need to know about Large Snowflakes. Get that Snowboy and get crafting!