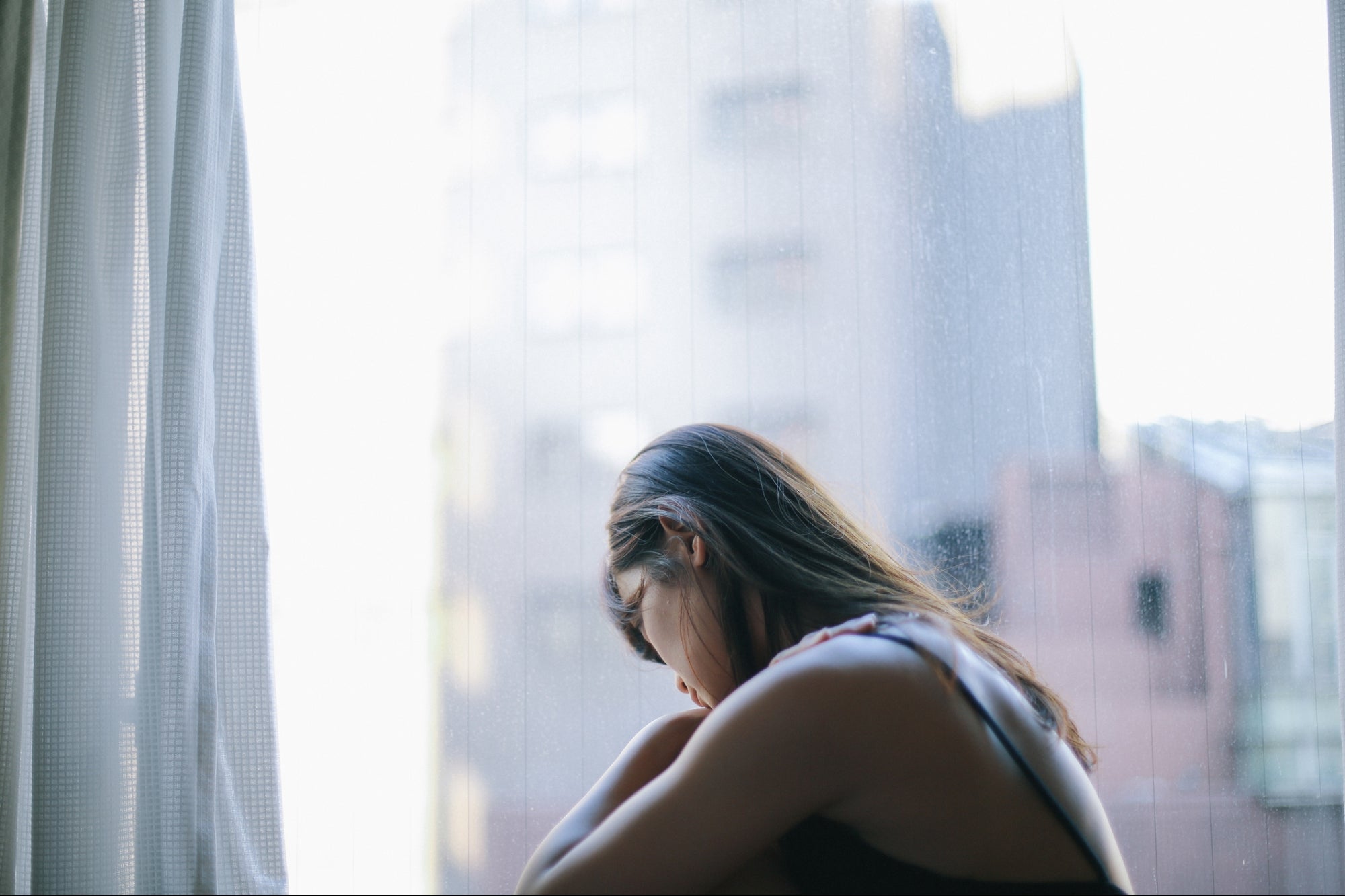 That was supposedly what I said to my husband, who was sitting next to me at a midtown Manhattan restaurant, but I’m not quite sure. I do recall telling him a bit earlier about a new business angle my maternity brand, Emilia George, could potentially pivot to, as well as taking out my cellphone to snap a selfie while jokingly observing: “This is gonna be the moment when the next great business idea was born!”

Suddenly, all was a blur, and quiet — far too quiet for a New York eatery — followed by people around us panicking and wishing me well. Then there was an ambulance, a stretcher and siren, then doctors, nurses, EKG and blood work, and a few hours later my husband took me home. I’m a mom, so went immediately to check on my baby and toddler, but didn’t know what to say or think in the wake of the diagnosis.

It wasn’t long thereafter when I began asking, “Can someone continue to be an entrepreneur, a thriving and successful leader if he or she has panic attacks?”

Take it from me: In response to such a question, a great many in your circle will beg you to stop your entrepreneurial journey. This is because they assume, such attacks indicate that the stress of being an executive is simply too much.

And let’s be clear: Panic attacks are not to be taken lightly, and those who actively (or even vaguely) expect them to appear anywhere and anytime could impede their own self-confidence as well as the confidence of those on the other side of the table. But over some years, I’ve learned ways of handling anxiety while continuing to be an effective leader — methods that could help fellow entrepreneurs going through a similar challenge.

We all want to build successful businesses, but our lives do not end there. When a leader in a company prioritizes his or her wellbeing, everyone else follows, and a resilient team is built as a result. One example was my decision to close Emilia George boutique for a day when a staff member was not feeling well. Even though he proposed to keep the store open for “just a few hours more,” I refused, because the few sales we could’ve made during those hours were never going to equal a team member’s health.

All founders are on this entrepreneurial journey for the long haul. They may get a fiscal boost during sales seasons or fundraising, but physical health is the one asset that a leader needs to take 100% control of.

2. Lean on your team

Leaders need to be able to trust their teams with healthy boundaries. And this is not a weakness, it’s trust. When there is no second-guessing or suspicion when a CEO needs, say, to be hospitalized or otherwise requires care from professionals, effective working relationships thrive.

When a solo entrepreneur starts to build a founding team, its evolution is much harder than one might think. Founding members are the ones that build the company culture, so it’s critical to pick those you can trust for the long haul. This is hard, and it takes time, but once you have such a core group, trust its members with your healthy boundaries so they know how to support you.

Related:The Biggest Obstacle Facing Leaders Is Distrust. Here’s How to Build Confidence in Your Team.

A paramedic told me once about a CEO who asked to have his head covered while being loaded into an ambulance — worried that company stocks would drop if the public knew he was ill. Of course, it’ll be New York Times “Stop the presses!” news if Elon Musk is taken into the hospital, but most of us are not on that rarefied wealth/influence list (yet).

It’s important to recognize that everyone deals with something challenging, whether health-related or not. Do not judge yourself because you are dealing with anxiety — even though I fully grasp the imaginary image any leader wants to maintain. Be at peace with the fact that you have an anxiety disorder, and may have panic attacks out of nowhere. The more accepting you are and less concerned you become about others’ perceptions, the more confident you’ll be in front of a team and the more reassured they’ll feel in turn.

Anxiety disorder among entrepreneurs is becoming more prominent and ramped up, particularly since the onset of Covid-19. Knowing you have it and not letting it deter your resolve and commitment to a business takes strength, as well as a support system. Once we embrace mindful actions to manage it, the closer we are to telling new and compelling leadership stories.

This OnlyFans Star Was Once Part of a Fanatical MLM Cult. “I Was Forced Into Celibacy.”