EXCLUSIVE: Jason Derulo has created bountiful avenues for himself to flourish in music, business and on the internet and he isn’t afraid to “stop and smell the flowers” in the next phase of his life.

The 31-year-old performer and former judge on “So You Think You Can Dance,” has had an eye-opening 2020, quickly rising to viral status on the popular social media app TikTok and breaking away from his music label home at Warner Bros. where he had held down a roster spot for 12 years.

Despite the coronavirus pandemic, which has forced many in showbiz to conjure up new ways to generate income, Derulo – real spelling Desrouleaux – has used the year to re-establish himself.

“My life has changed majorly this year because I was able to get released from Warner this year in 2020 and that element of freedom, just kind of rebirthed a whole new monster,” Derulo told Fox News while discussing his venture and partnership with Bedlam Vodka – a deal he said came organically to fruition over years of being a fan of the spirit for its taste. 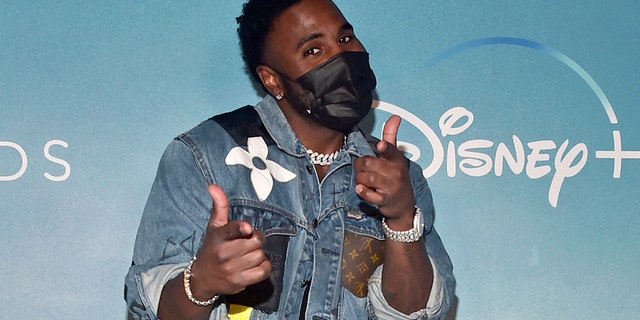 Jason Derulo said his release from Warner Bros. gave him the freedom to be himself and create accordingly. (Photo by Alberto E. Rodriguez/Getty Images for Disney+)

“Like, it just became a situation where it was just unhealthy for me and probably for them too,” Derulo, who recently scored his first No. 1 hit on the Billboard Hot 100 chart in 11 years thanks to a remix of his single “Savage Love,” which featured superstar K-pop group BTS.

“It was just a situation that was just all bad to the point where I didn’t even want to release another song on that record label, it was just that bad,” Derulo claimed.

Fox News has reached out to Warner Music Group for comment.

Derulo’s first-ever chart-topper came with his debut single, “Whatcha Say,” in 2009 – but don’t let the layoff fool you. Derulo has still managed to sell over 30 million singles worldwide which has afforded him the means to park and invest his money in other ventures that have produced generous returns.

And because of his newfound freedom to be as creative as he wants, the “Cats” actor has put a ton of time into social media where Derulo’s presence holds strong at 7.5 million followers on Instagram and a staggering 41.5 million on TikTok, with nearly 930 million “likes.”

“I think from all aspects of life and music and business, I just want to continue to grow in all of those avenues and just become the best version of myself,” Derulo said of his ascension to viral fame which sees the mogul collaborate with the likes of Will Smith, Alicia Keys and his girlfriend, model and influencer Jena Frumes.

“I mean, I couldn’t tell you that I foresaw the success of TikTok coming, but I did see it coming when I noticed that it was blown up really quickly and that it was up next,” continued Derulo. “Thankfully, I enjoyed it the way I did when I jumped on it because it exploded and I believe it to be the biggest thing in the world right now.” 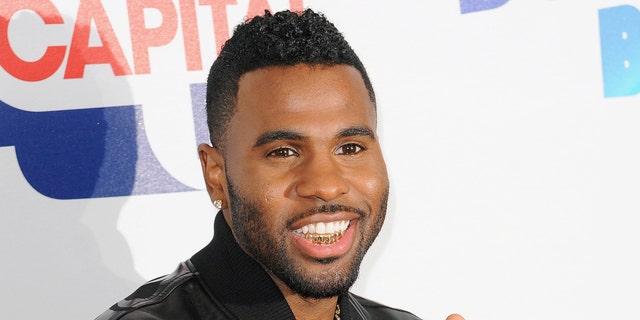 Pressed on who is really the creative brain trust behind his viral social media posts – him or Frumes, Derulo immediately launched into laughter before laying out his process – which for many, can feel like a full-time job in itself.

“It’s your boy – come on, man!” Derulo quipped only pausing to compose himself. “You know, I wake up with a ton of ideas and sometimes the idea isn’t mine and Jena will come up with an idea. Sometimes very, very rarely one of my cousins will come up with an idea and sometimes I’ll even have an entire shoot day and then I’ll have three different creators pitch ideas and then we’ll go back and forth like that. I would say 90% of the things that I post, I came up with.”

However, in the face of the success Derulo has enjoyed with social media, he remains a musician at heart and said as a performer, viral internet fame doesn’t hold a candle to the feeling of going number one on the music charts.

“You know, that started pretty early for me because my first song was a number one song. So I just kind of hit the ground running in a crazy way and the thing for me was always what’s next?” Derulo recalled. “After I put out my first song, I wasn’t really in celebration that my song was number one. I was like, ‘What’s the next joint?’ You know, that’s where my head was – ‘How do I follow this up? How do I beat this?’

Derulo parlayed his music triumphs into lucrative business deals that have continued to pay big dividends, and noted that he just wants “to continue to grow in the same path that I’ve been growing in.” 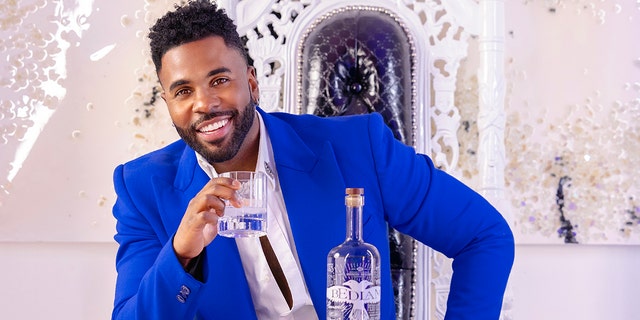 Jason Derulo said his partnership with Bedlam Vodka happened because he kept hounding them to restock his bar. (Martin “Depict” Murillo)

“From having a successful sale with [restaurant hotspot] Catch LA – I was the biggest investor in that and I was able to sell my portion for a substantial amount and then with Rumble Boxing, we have 26 locations across America and that was flourishing before the pandemic and hopefully, we can get back to where it was,” Derulo explained.

I think sometimes you’ve got to stop and smell the roses. I think that’s something that’s healthy.

“But there are all kinds of endeavors that I’m into like that that people have no idea about,” he added. “I just want to continue that growth from an entrepreneurial perspective and where I’m at with music and always pushing the ball forward and always doing something left of center and never staying within a box that people try to put in. And I’m just continuing to dominate.”

The artist also lamented the current state of the ongoing COVID-19 pandemic that has decimated the restaurant industry across the country and hopes recent developments surrounding a vaccine can restore the economy to a semblance of what it once was pre-outbreak.

“Man, it’s tough. It’s tough for a lot of people,” said Derulo. “I know the restaurants are feeling it big right now because we’ve gone back into a lockdown for a second time, but I’m just curious to see what the vaccine does and how that changes things so hopefully, we can change this narrative within a couple of months.” 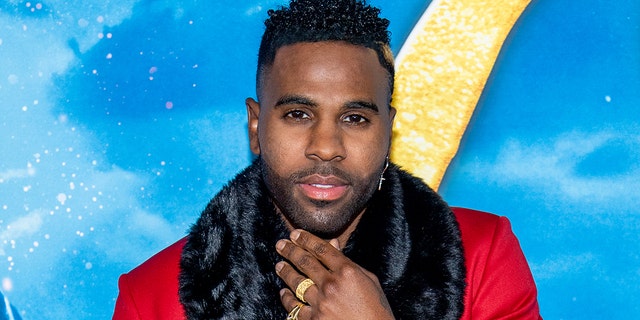 He added that he is hopeful restaurants and the entertainment industry as a whole will be able to realize their full potential.

In the meantime, the daily dancer is continuing to cultivate his relationships across his brands and with Bedlam, Derulo has no problem pushing it to the millions of folks who are holding their own dance parties at home.

Man, it’s tough for a lot of people. I know the restaurants are feeling it big right now because we’ve gone back into a lockdown for a second time.

“I’m always looking for what the next move is, entrepreneurially and Bedlam came into favor with me because they wanted to be in one of our music videos and when I took a look at the bottle, I thought this is pretty fly – absolutely,” he explained. “Then when I was on set, I had a sip of it and d–n, it was really good. So I started asking for more vodka from them and I began stocking my bar and I was hitting them up pretty often to get restocked. So over the years, we’ve just built this relationship and it just happened organically.”

Derulo maintained that becoming an owner in the brand out purely being a fan of the product, “I think those are the best kinds of business partnerships because I’m a fan first and it just makes everything so much easier when it’s something you love.”

The constant remains that Derulo loves music, social media and Bedlam Vodka but in his current phase of life, he’s adamant that any deal he puts pen to paper on at this point in his music career “has to be a partnership.”

“At the level that I’m at – in terms of the heat that I have – the deal can no longer be a record deal, it has to be a partnership,” he declared. “And I think that’s a beautiful thing. Even besides just that, being able to maneuver and call every shot – there’s just nothing like it and it’s been a crazy couple of months where I’ve seen what’s on the other side. I know what’s out there and at the label I was on, I was like the bottom of the barrel so I was fighting with two hands behind my back. But now that I’m in a situation where I’m working hard and I’m comfortable, you’re about to see a whole new me.”