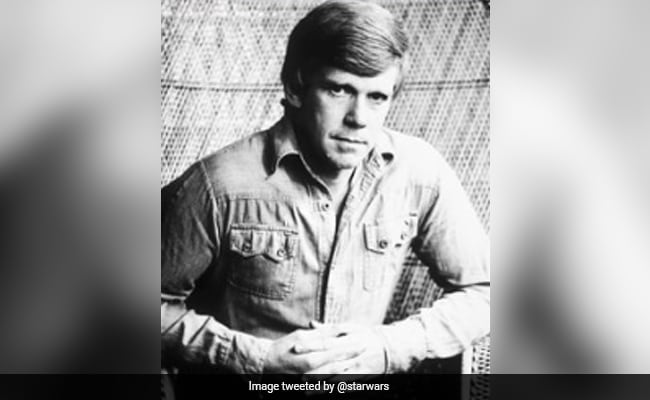 British actor Jeremy Bulloch who played infamous bounty hunter Boba Fett in the original Star Wars films has died at the age of 75. He died on Thursday in hospital in Tooting, south London, “following health complications, including several years living with Parkinson’s disease”, his website said. “Jeremy had a long and happy life as an actor and was best known for his roles in the films Summer Holiday, Star Wars and James Bond,” it added.

Born in Market Harborough, Leicestershire, Bulloch appeared in several classic television shows in the 1970s and 80s including Doctor Who and Robin of Sherwood, and had supporting roles in three James Bond movies.

But he is best known for playing fan favourite Boba Fett in The Empire Strikes Back and The Return Of The Jedi.

He landed the role after a call from his half-brother Robert Watts, who was an associate producer on The Empire Strikes Back.

“I’d never managed to give Jeremy a job on film,” Watts said in 2008, according to the StarWars.com website.

“He will be remembered not only for his iconic portrayal of the legendary character, but also for his warmth and generous spirit which have become an enduring part of his rich legacy.”

He will be remembered not only for his iconic portrayal of the legendary character, but also for his warmth and generous spirit which have become an enduring part of his rich legacy.

“A fine actor, delightful company & so kind to everyone lucky enough to meet or work with him. I will deeply miss him & am so grateful to have known him.”

Jeremy Bulloch was the quintessential English gentleman. A fine actor, delightful company & so kind to everyone lucky enough to meet or work with him. I will deeply miss him & am so grateful to have known him. #RIP_DearJeremypic.twitter.com/SMvjtQsSwZ

Although Boba Fett was a relatively minor character in the films, he was a firm favourite with fans and is currently played by New Zealand actor Temuera Morrison in the popular television series The Mandalorian.

Daniel Logan, who played a young Boba Fett in Star Wars Episode II: Attack of the Clones, said it brought him to tears to announce the death of Bulloch.

“RIP legend I’ll never forget all you’ve taught me!!” he posted on Instagram with a photograph of the two of them.

I am sad to hear of the passing of Jeremy Bulloch a Star Wars family member. I will never forget all you taught me and all the good times we had together. You will be forever remembered. Cons won’t be the same with out you. The Force will be with you always. RIP my Mando brother! pic.twitter.com/IacykI6N9B

While Boba Fett was never seen without his helmet, Bulloch showed his face in a couple of minor parts in The Empire Strikes Back and Revenge of the Sith.

In 2018, Bulloch wrote a thank you note to fans and said he had decided to stop attending conventions “and hang up the Fett helmet”.

“In 1979 I was called onto the set of Empire Strikes Back to play Boba Fett, and since that day it has changed the entire direction of my life in such a wonderful way,” he wrote on his website.

“It has been a privilege to have had the opportunity to inspire so many generations of Star Wars fans. I have had over 20 years of travelling with my wife Maureen to some amazing countries and have met so many wonderful fans. Thank you all so much and we will miss you all.

“‘May the Force be with you always’.”

Bulloch is survived by his wife Maureen, three sons and 10 grandchildren.