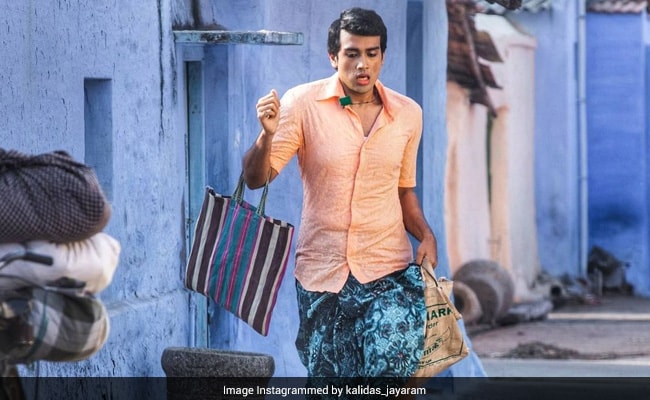 Kalidas Jayaram said he was moved by the story so much so that he wanted to be a part of its world in any capacity. “As an actor, I believe in making bold choices. This fit in perfectly. Selfishly, I had a wish to play Sathaar. When you’re representing such a big community on screen, you have to be responsible in a lot of ways. I was conscious and aware that I shouldn’t dramatise it or be over the top,” Jayaram told news agency PTI in an interview over Zoom.

During his prep work, the 27-year-old actor said he realised that the only way to convincingly play his part was to submit himself completely to the headspace of his character. “It’s a fine line, where you can make a fool out of yourself if you don’t do it properly. I didn’t want to do that. I believed, if I could fall in love with Saravanan, I could be Sathaar. That was the only option I had,” he told PTI.

Written by Shan Karuppusamy, the 1980s-set short uses the backdrop of a love-triangle to touch upon the issue of transphobia and narrate the horrors a transgender person goes through to find acceptance in the society. Though Jayaram has been acting for nearly two decades, since his big screen debut as a child artiste in Kochu Kochu Santhoshangal (2020), the actor said the experience with Paava Kadhaigal was mentally exhausting. Playing Sathaar meant closely understanding the turmoil of a transgender person, which left the actor emotionally overwhelmed, he said.

“I was getting too depressed during the workshop. Just by hearing what transgender persons go through every day, I would feel low. The more I got into my character, I didn’t want to attend the workshop as I felt it was getting too much for me. I called up ma’am’s (Kongara) assistants and told them I won’t be able to attend the workshops and considered needing help. I had terrible mood swings. I was so affected by the character. But thanks to my family’s support, I was able to play it the way I did,” he added.

Paava Kadhaigal is scheduled to be released on Friday