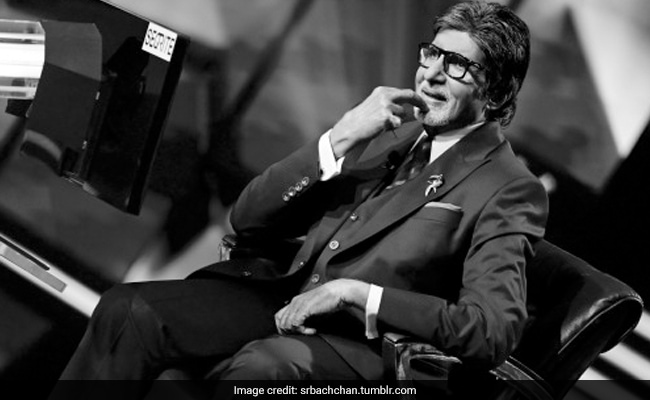 In tonight’s episode of Kaun Banega Crorepati 12, host Amitabh Bachchan continued the game with Monday’s roll-over contestant Shah Faisal, a 27-year-old MBA aspirant from Mubarakpur, Uttar Pradesh. On the show, Mr Faisal revealed that he has struggled with odd jobs in the past but he believes things will change for him once he will get an MBA degree. Shah Faisal played the game successfully for the first half of the episode and took home the prize money of Rs 3,20,000. The next contestant to make it to the hot seat was Shivam Rajput from Kanpur, Uttar Pradesh. Shivam, 27, is passionate about cricket. However, because of his family’s economic condition, he works as a clerk. His life stories left Big B impressed.

Big B will continue the game with Shivam Rajput on Wednesday.

Meanwhile, here’s a sample of the questions you can expect on the hot seat if you are planning to participate in Kaun Banega Crorepati:

#What month of the Islamic calendar is Ramzan?

#Which of these countries shares its border with India but not with China?

#Which of these politicians was sworn in as chief minister for the 7th time 2020?

#Who was the first Indian-born author to win the Booker Prize?

#Which heavenly bodies in the sky produce their own light?

# Ranthambore, Sariska and Keoladeo are all names of what?

‘My Flash is On’: Man Exposed By Hooters Server for Snapping Photos of Employees

What Scares You? 101 Quotes to Overcome It