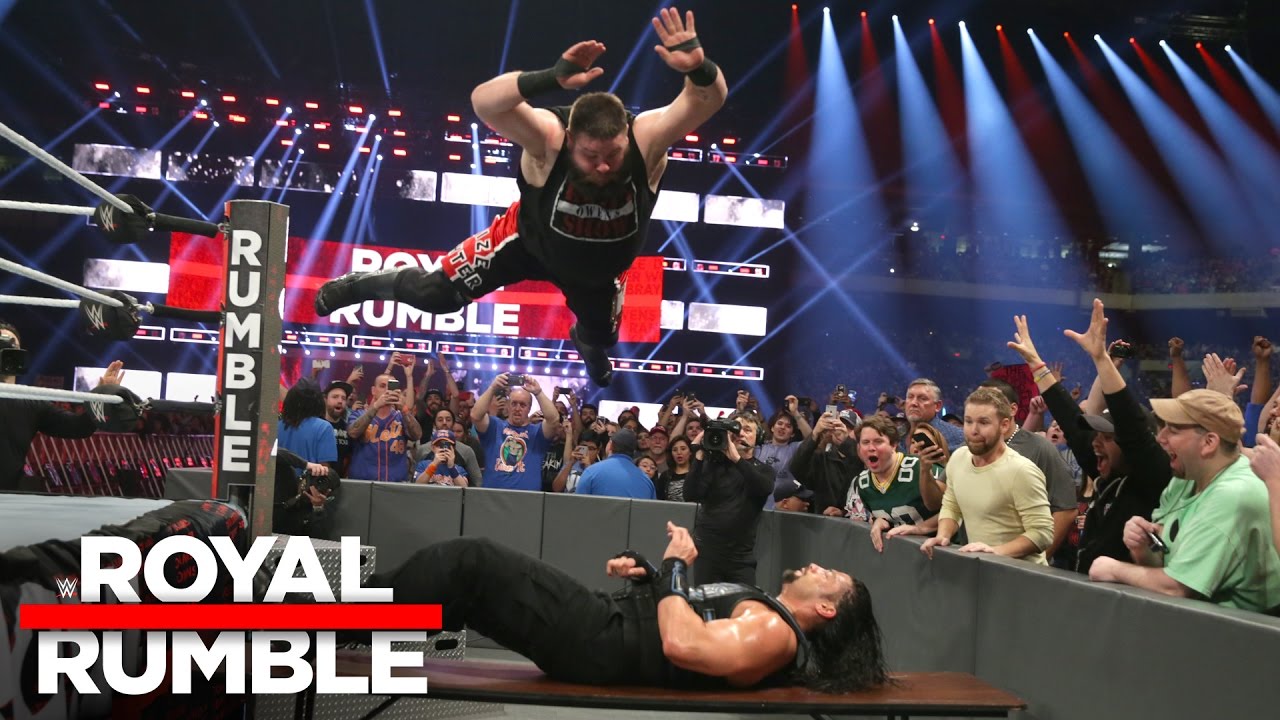 Kevin Owens will challenge Roman Reigns for the WWE Universal Championship this Sunday at the TLC pay-per-view event.

A little less than four years ago, at the 2017 Royal Rumble, Owens was the Universal Champion and he defended against Reigns in a No DQ match. Chris Jericho was suspended above the ring in a shark cage.

In an interview with Ryan Droste of ComicBook.com, Owens revealed that he and “The Tribal Chief” still reminisce over their 2017 Royal Rumble match, which they are very proud of.

“I really loved the Royal Rumble (2017) one,” Owens said. “It’s funny because Roman and I used to talk a lot more than we do now, obviously. We will talk about that match, even years after. We’d remember little moments from that match, and I’d get a random text once in a while from him saying, ‘Hey remember when you did this in that match?’ Now, it’s like, ‘Remember when you did that?’ We’re just proud of that match, we really had a blast in it.”

During the brutal match, both men crashed through several tables and Owens actually used brass knuckles to hit Reigns with a Superman Punch. The match ended when Braun Strowman interfered and powerslammed Reigns through a table positioned in the corner. Owens pinned Reigns to retain his title.

“It’s almost a forgotten match, too, I’d say,” said Owens. “Whenever people come across it, they’re like… I’ll see tweets about it once in a while, ‘Hey, I just watched this match. It’s really good. It’s really something people should go (watch).’ We feel the same way. We really had a lot of fun in it.”

Looking ahead to Sunday, Owens said he hopes to have a lengthy rivalry with Reigns and not just a one-off match.

“Obviously, going into WrestleMania season and the Royal Rumble coming up, and all this stuff. Everybody wants to do good. Everybody wants to have a big spot on those shows. I’m no different. It’s obviously a big deal, because I haven’t really been in that picture for a while. I used to be in it pretty much all the time, up until 2017, 2018. It feels pretty exciting to be back there, and I’ll certainly give it my all to stay in that picture, as well.”