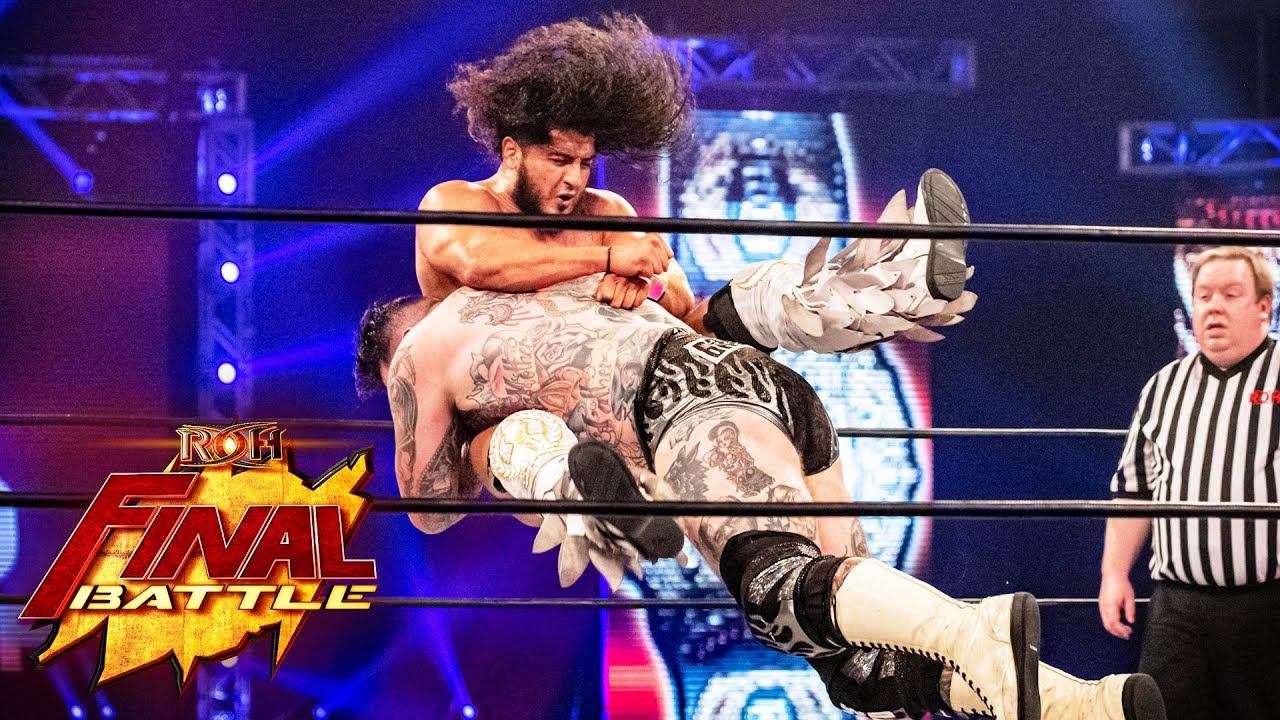 Near the end of the match, Dragon Lee distracted the referee to allow RUSH and Lee’s father, La Bestia del Ring, to enter the ring and crack King with a chair to help RUSH retain. Afterwards, commentary noted it looked like Ring had joined La Facción Ingobernable in ROH. The ROH stable also features Kenny King and Amy Rose. Ring has spent much of his career in CMLL, but left in 2019 to join up with AAA.

In other world title news, Shane Taylor defeated Jay Briscoe at tonight’s PPV, and said after his match that he had next — no matter who ended up being the champion. ROH has yet to announce any kind of title match, or acknowledge Taylor is the official number one contender.

We are trending! Join the conversation!

Who do you think will leave Final Battle as the ROH World Champion?! Tune in now: https://t.co/7BMhhTBfxf@rushtoroblanco vs @Brodyxking