The conservative lawmaker and defense hawk immediately came under verbal attack from Trump and his allies, and in May of last year, she was ousted from her number-three House GOP leadership position.

Shortly after it became apparent that Cheney would suffer defeat — she was losing by more than 30 percentage points when she delivered a concession speech — several pundits and Congressional Republicans took to Twitter to celebrate the news and congratulate Hageman. 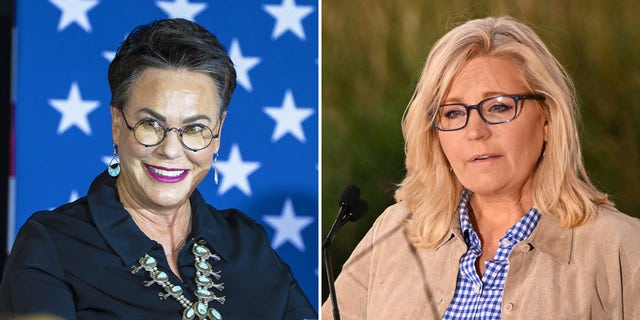 “Few people in Washington have been as wrong and damaging on foreign policy as Liz Cheney,” Sen. Rand Paul, R-Ky., wrote in a tweet. “Congratulations to @HagemanforWY on her victory tonight. I look forward to working with an advocate for liberty as the next Congresswoman from Wyoming. Bye Liz.”

New York GOP Rep. Elise Stefanik, who was selected as chair of the House Republican Conference after Cheney was removed from the position, celebrated the “massive victory” in a statement shared on social media.

“Congratulations to @HagemanforWY on her MASSIVE primary victory to restore the PEOPLE of Wyoming’s voice,” Stefanik wrote in a tweet. “I was proud to join President Trump and Leader Kevin McCarthy in endorsing Harriet!”

“Breathtakingly arrogant speech by loser Liz Cheney,” Rep. Claudia Tenney, R-N.Y., wrote in a tweet. “Orchestrating show trials contrary to safeguards guaranteed by the Bill of Rights is not Lincolnesque. On the contrary, Cheney’s actions mirror precisely the authoritarianism our founders fought valiantly against.”

“A clear message is being sent about what the Republican Party needs to be,” Rep. Marjorie Taylor Greene wrote in a tweet, alluding to comments made by Cheney in her concession speech about former President Abraham Lincoln. “It’s not anything like liar Liz Cheney, who is nothing like Abraham Lincoln.”

“It appears that Liz Cheney, one of the GOP’s chief warmongers, is about to lose,” wrote former Democratic congresswoman Tulsi Gabbard. “This is good news for every American regardless of party.”

Trump’s eldest son, Donald Trump Jr., also chimed in on social media to celebrate the news of Cheney’s loss, writing, “Bye bye @Liz_Cheney. On the bright side at least you won’t have to pretend to be from Wyoming anymore.”

Trump, stepping up his efforts to oust Cheney from Congress, endorsed Hageman as she entered the Wyoming race last summer. The former president and his allies successfully urged some, but not all, of the other anti-Cheney candidates to drop out of the primary and coalesce around Hageman.

The former president traveled to Wyoming in late May to hold a large rally to boost Hageman. Trump, who remains the most popular and powerful politician in the GOP, captured nearly 70% of the vote in Wyoming in the 2020 presidential election. 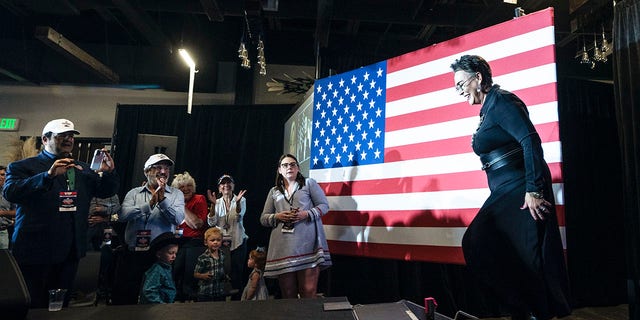 Hageman, a Wyoming native and a 2018 gubernatorial candidate, was a former Cheney supporter and adviser who donated to the three-term congresswoman’s past campaigns. She’s also a conservative lawyer who’s fought for water, land and property rights.

Of the 10 House Republicans who voted to impeach Trump, four decided against seeking another term in Congress. Of the six who ran for re-election, four were defeated in GOP primaries, with two others advancing to November thanks in part to running in non-partisan primaries where the top two finishers advanced regardless of party affiliation.