On Tuesday, Roloff, 23, shared a lengthy statement on social media in which he accuses one of the show’s producers, Chris Cardamone, of molesting him as a child after a “long grooming process.”

In his statement, the reality star made note of the difficulties associated with coming forward with his accusation and said he’s been mulling the decision over since 2015.

Roloff shared his statement on both Twitter and Instagram, and members of his family reached out to offer support.

“I love you forever and always Jacob. I’m proud of you,” wrote his mother Amy Roloff, per People magazine. “Now you don’t have to feel alone and carry this around anymore.”

In his post, Roloff also contemplated the “harder preliminary questions” of the effect that growing up in the spotlight has on children, as well as the morality of reality television.

In reference to that specific line, Audrey, his sister-in-law by way of his brother Jeremy, shared her thoughts.

“Love that line,” she said. “Hate that you had to live through this Jacob.”

“Love you, George,” she said, using his middle name. 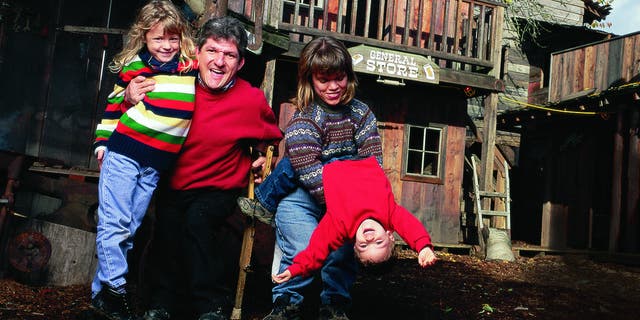 The Roloff family appeared on the TLC reality show in various capacities from 2006 to 2019.

“I do not expect to provide details of this encounter at any point publicly,” said the star in his statement. “I do hope he is never allowed around children again.”

In a statement, TLC they said they were “just informed about an alleged encounter that occurred years ago involving a third party connected to the production of ‘Little People, Big World.'”

Cardamone could not be reached by Fox News for comment.

If you or someone you know is suffering from abuse, please contact the National Sexual Assault Hotline at 1-800-656-4673.