Sen. Kelly Loeffler in remarks to the press Wednesday continues to refuse to acknowledge that Joe Biden is the president-elect, even after the Electoral College officially cast their votes for Biden on Monday and Senate Majority Leader Mitch McConnell on Tuesday acknowledged that Biden will be the next president.

The Republican incumbent, who is facing a runoff vote to retain her seat, was asked repeatedly whether or not she would acknowledge if Biden won the presidential election and she repeatedly declined to do so.

“I’m focused on winning this race on Jan. 5,” Loeffler said in response to a question on whether or not she will follow McConnell’s lead and congratulate Biden as the next president. “I talked to Leader McConnell this morning. We’re focused very much on delivering relief that Democrats have held up time and again.”

“The president has the right to every legal recourse,” Loeffler said, responding to a question about whether she would acknowledge that Biden is the next president. “That’s what’s playing out right now. I’m focused on winning this race.”

Loeffler also said “there will be a time for that if that becomes true,” after being asked two more times if she plans to acknowledge that Biden is president. “But the president has a right to every legal recourse.” 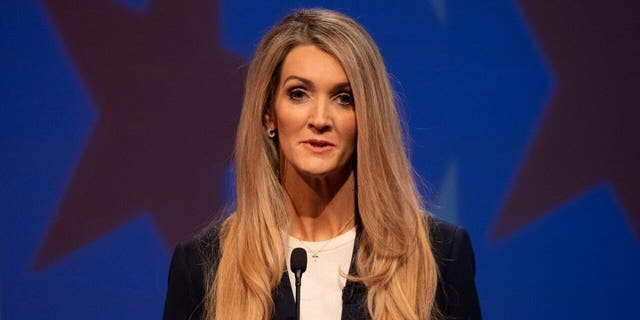 TRUMP FIRES BACK AFTER MCCONNELL RECOGNIZES BIDEN’S VICTORY: ‘TOO SOON TO GIVE UP’

She also did not foreclose backing a challenge to various states’ electoral slates on Jan. 6 when Congress meets in a joint session to count the electoral votes.

“I haven’t looked at it,” Loeffler said, adding that “there’s a lot to play out between now and then.”

Rep. Mo Brooks, R-Ala., has sworn that he will lead challenges to the slates of electoral votes from some states, and so have some other members and members-elect of the House. But such a challenge would need to be backed by members of the Senate in order to force the House and Senate to separately vote on whether or not to reject an individual state’s slate of electoral votes.

Even if Loeffler or another senator did back the effort to block electoral votes, it would almost certainly fail because invalidating a state’s slate of electors would take both houses of Congress. Democrats control the House and many Republicans, who currently hold a slight Senate majority, have already said that Biden won.

Loeffler’s opponent, Raphael Warnock, said on Wednesday that Loeffler was being disrespectful to Georgia voters in her comments.

“After refusing for weeks to acknowledge the basic fact that Joe Biden and Kamala Harris won the election, Kelly Loeffler is now leaving the door open to challenging those results in Congress,” Warnock said in a statement. “That’s reckless and disrespectful of Georgia voters. The Electoral College voted and even Majority Leader Mitch McConnell has congratulated President-Elect Biden and Vice President-Elect Harris. It’s time for Senator Loeffler to stop putting her personal politics ahead of what’s best for our country and accept the results of the November election.” 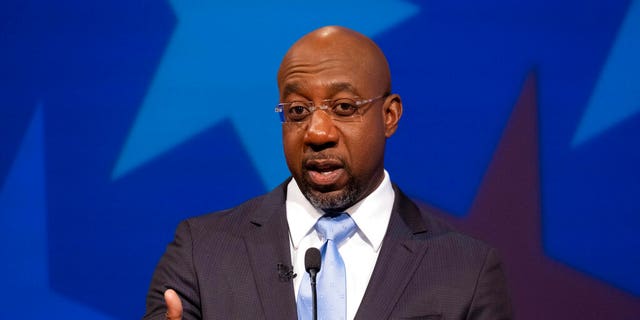 Loeffler, however, has attacked Warnock alleging that he has his own unanswered questions. She’s said the Democratic candidate has not adequately addressed his past support of Rev. Jeremiah Wright, the controversial former pastor of Trinity United Church of Christ in Chicago or whether he would support court-packing or allegations of child abuse at a camp that was associated with a church in Baltimore where he was once a pastor.

On the camp specifically, Warnock has said that when he was arrested for obstructing a police investigation it was because he was trying to make sure lawyers were present while children were being interviewed. The charges against him were later dropped.

Her statement also offered other instances that she said have gone unaddressed.

Loeffler, who was appointed to the Senate in December 2019 after Sen. Johnny Isakson resigned for health reasons, also noted that Warnock “refuses to disavow Linda Sarsour, who called Jews ‘satanic’ and has moved to Georgia to campaign for Warnock” and also “refuses to clarify what he meant when he praised Louis Farrakhan and the Nation of Islam as ‘important.'”

Loeffler and Sen. David Perdue, R-Ga., who is also in a runoff and is essentially Loeffler’s “running mate” for the Georgia U.S. Senate seats, have been put in a difficult political position by the president.

“Mitch, 75,000,000 VOTES, a record for a sitting President (by a lot). Too soon to give up. Republican Party must finally learn to fight. People are angry!” Trump wrote on Twitter early Wednesday morning, as he retweeted an article from the Daily Mail that was headlined “MAGA turns on Mitch.”

This also comes as Republicans are scrambling to make sure their voters turn out to the polls after suggestions from right-wing Trump-supporting lawyers Sidney Powell and Lin Wood that Georgia Republicans don’t show up to vote for Loeffler and Perdue because they haven’t done enough to push baseless claims that Trump somehow won the presidential election.

The suggestions from the pair drew a stark rebuke from many top Republicans, including Donald Trump Jr., who is now appearing in ads run by a political action committee two of his aides founded for the purpose of making sure Trump voters head to the polls for Loeffler and Perdue.