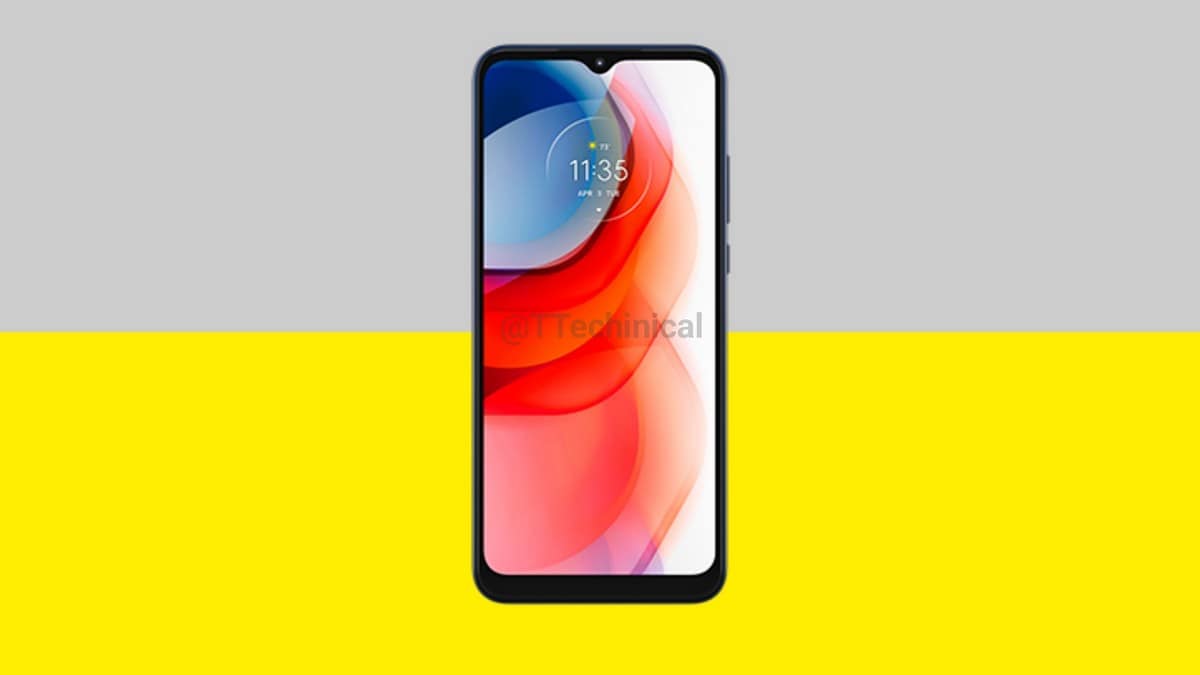 Moto G Play (2021) is said to have been spotted in a Google Play Console listing, which includes some specifications and an image of the phone from the front. The phone is said to be powered by Snapdragon 460 SoC and come with a notched selfie camera. The bezels are relatively thick all around. However, at this point it is unclear if this is the image of the Moto G Play (2021) or just a placeholder. The phone was allegedly spotted in a Geekbench listing last month that also suggested the presence of Snapdragon 460 SoC.

As per a tweet from tipster ‘@TTechinical’, a phone called Moto G Play (2021) has been spotted in a Google Play Console listing with some specifications and an image. The phone is said to be powered by Snapdragon 460 SoC (SM4350) and Adreno 610 GPU, and come with 3GB RAM or at least have a variant with 3GB RAM. It is expected to run Android 10. Moto G Play (2021) is said have a 720×1,600 pixels display with 280ppi pixel density. The tipster adds that it will feature a 6.5-inch display.

Coming to the image in the listing, it shows a phone with a notch for the selfie camera, relatively thick bezels on the side and an even thicker chin. The power and volume buttons are on the right side. However, this could just be a placeholder image and not a picture of the actual Moto G Play (2021).

Last month, a phone believed to be the Moto G Play (2021) was spotted in a Geekbench listing with Snapdragon 460 SoC and 3GB of RAM. It scored 253 in single-core and 1,233 in multi-core tests. Earlier in November, known tipster Steve Hemmerstoffer, aka OnLeaks, shared a render of a Motorola phone allegedly called Motorola Moto G10 Play, but Hemmerstoffer had said that the name had not been confirmed. So, it is possible that the renders shared by him were of the rumoured Moto G Play (2021). If this turns out to be true, the phone will look quite different from the image in the Google Play Console listing.

Is OnePlus 8T the best ‘value flagship’ of 2020? We discussed this on Orbital, our weekly technology podcast, which you can subscribe to via Apple Podcasts, Google Podcasts, or RSS, download the episode, or just hit the play button below.