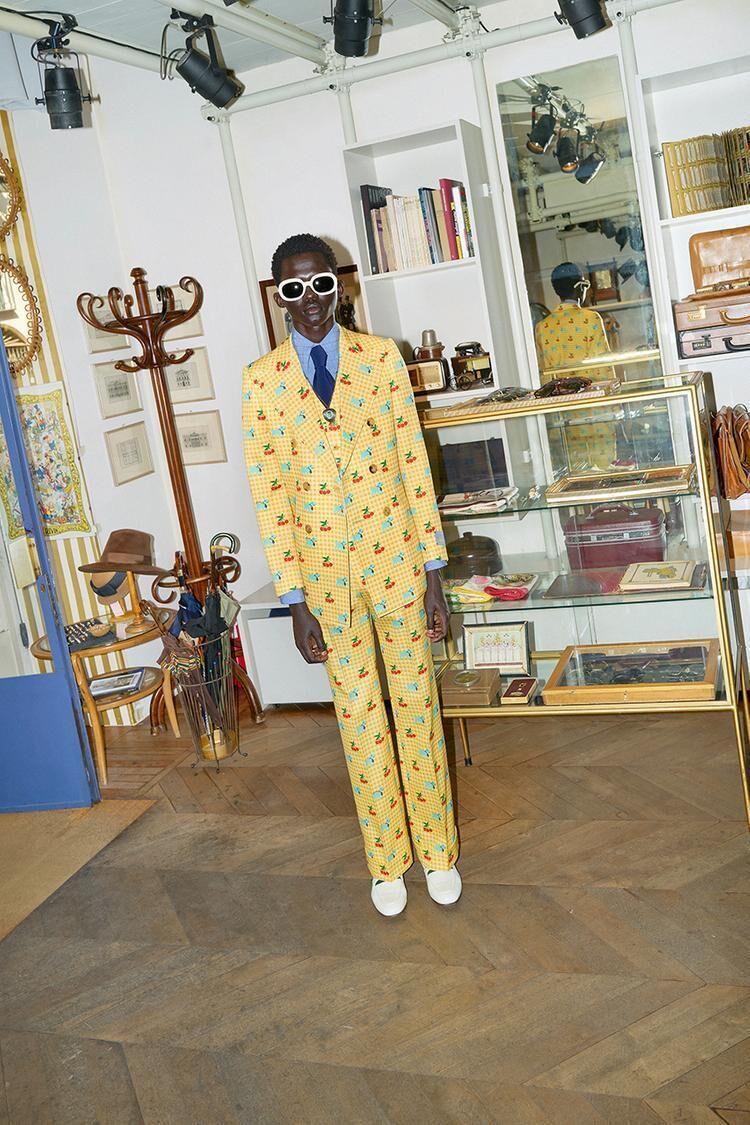 Gucci has tapped singer Harry Styles for its new ‘HA HA HA’ collection, which has been made in partnership with Alessandro Michele. The collection’s name comes from Styles and Michele’s initials ‘H’ and ‘A’ and serves to celebrate their longstanding friendship. The release comprises cozy trench coats, outerwear, cherry-print trousers, sweater vests, vintage luggage, blazers, and more. Blazer sets feature a whimsical squirrel and gingham-print makeover, making them a one-of-a-kind wardrobe addition.

Harry Styles has received praise due to his eccentric fashion choices, and this collection embodies his unique sense of style. Michele commented on the partnership, commending Styles’ distinct taste: “Observing [Harry’s] ability to combine items of clothing in a way that is out of the ordinary compared to the required standards of taste and common sense and the homogenization of appearance, I came to understand that the styling of a look is a generator of differences and of powers, as are his reactions to the designs I have created for him, which he has always made his own; these reactions restore me with a rush of freedom every time.”