House Speaker Nancy Pelosi, D-Calif., has landed on the island of Taiwan after weeks of international speculation and threats of retaliation from the Chinese Communist Party.

Pelosi, who is conducting an extensive tour of multiple allied nations in Asia, has finally touched down in Taiwan despite repeated threats to the speaker’s safety.

Her plane touched down in Taiwan at approximately 10:45am EST.

“Our visit is one of several Congressional delegations to Taiwan – and it in no way contradicts longstanding United States policy, guided by the Taiwan Relations Act of 1979, U.S.-China Joint Communiques and the Six Assurances,” Pelosi said in a statement after arrival. “The United States continues to oppose unilateral efforts to change the status quo.” 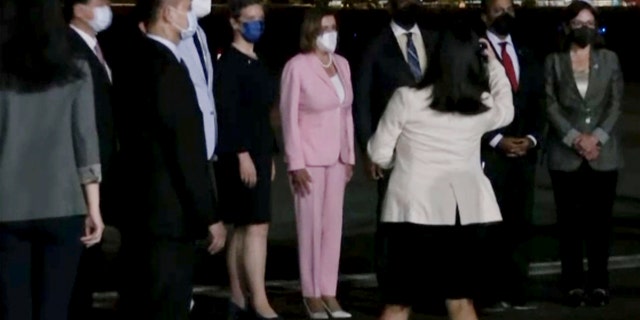 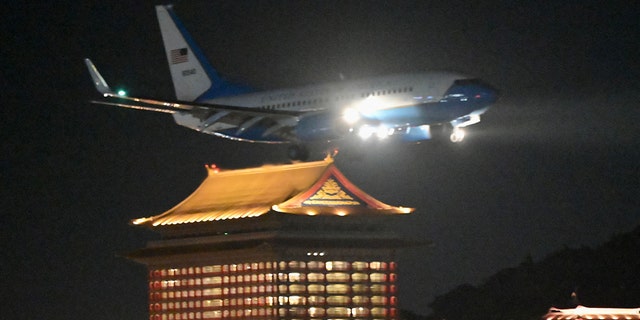 A U.S. military aircraft with House Speaker Nancy Pelosi on board prepares to land at Sungshan Airport in Taipei, Taiwan, on Aug. 2, 2022. (SAM YEH/AFP via Getty Images)

Pelosi is the first House speaker to visit Taiwan since Newt Gingrich in 1997, and the Taiwanese government has been eager to host the speaker. Diplomatic trips of this level could serve to provide Taiwan legitimacy on the world stage.

China has issued stern warnings against such a visit in previous weeks, including threats from government officials and TV personalities. And President Biden revealed weeks ago that the U.S. military “thinks it’s not a good idea right now.”

Chinese President Xi Jinping warned President Biden in a phone call Thursday that the U.S. must not “play with fire” on Taiwan.

“Those who play with fire will perish by it. It is hoped that the US will be clear-eyed about this,” a Chinese readout of the Biden-Xi call said.

A Pentagon spokesperson confirmed to Fox News on Tuesday that Navy aircraft carrier USS Ronald Reagan is operating in the Philippine Sea, East of Taiwan along with the with guided missile cruiser USS Antietam and destroyer USS Higgins.

The spokesperson emphasized these are routine and normal deployments and locations where the U.S. 7th fleet normally operates.

The spokesperson confirmed that amphibious assault ship USS Tripoli is in the area as well.

The People’s Republic of China has long claimed sovereignty over Taiwan and the Taiwan Strait, the relatively narrow strip of ocean between the island of Taiwan and the Chinese mainland. The Chinese military has frequently sent planes into the area, testing Taiwan’s air defense zone. 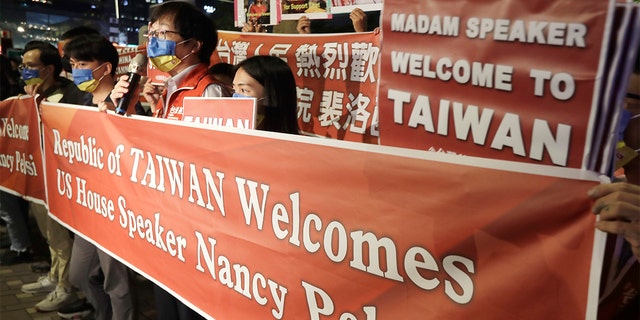 Supporters hold a banner outside the hotel where U.S. House Speaker Nancy Pelosi is supposed to be staying in Taipei, Taiwan, Tuesday, Aug 2, 2022. (AP Photo/Chiang Ying-ying) 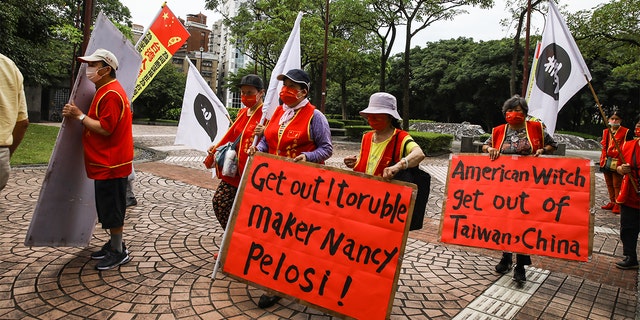 Pro-China demonstrators protest outside the Grand Hyatt hotel ahead of the arrival of US House Speaker Nancy Pelosi in Taipei, Taiwan, on Tuesday, Aug. 2, 2022. (I-Hwa Cheng/Bloomberg via Getty Images)

The U.S. does not have official relations with Taiwan — also known as the Republic of China — and maintains a One China Policy that recognizes the People’s Republic of China as the legitimate successor nation.

However, America has been stepping up engagement with the island as China seeks to isolate it from global institutions. 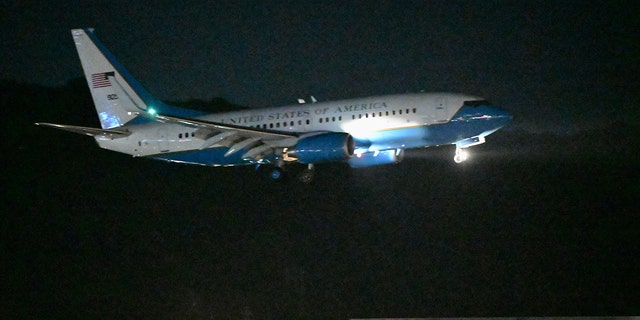 A U.S. military aircraft with US House Speaker Nancy Pelosi on board prepares to land at Sungshan Airport in Taipei, Taiwan, on Aug. 2, 2022. (SAM YEH/AFP via Getty Images)

The USS Ronald Reagan and a strike group are currently positioned near Taiwan after they left a port in Singapore Tuesday. A Navy spokesperson confirmed the news but said it was a planned trip.