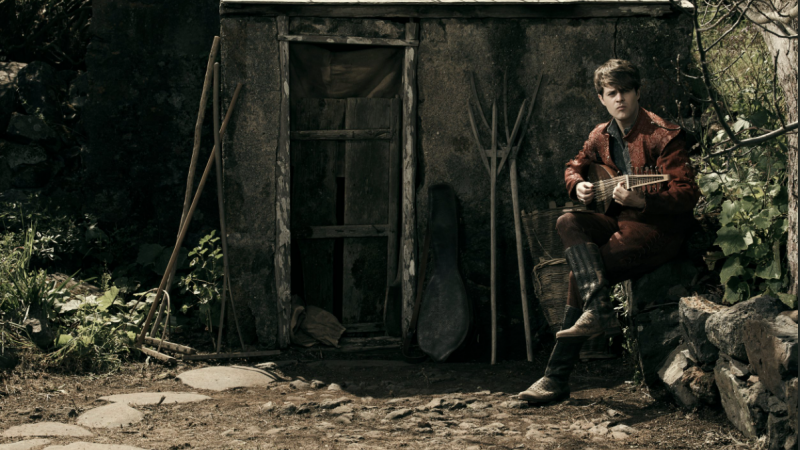 Following a few COVID-19-related delays and a recent injury with the show’s lead, Henry Cavill, Netflix’s The Witcher is back on track and ready to wrap up. To celebrate the upcoming season, Netflix has just shared a few new shots of Geralt’s favorite bard (his only bard) with several set photos featuring Jaskier.

We’re not talking just one shot either, Netflix shared quite a few new photos of Jaskier offering his best Zoolander impression. Toss a coin to your model, because the bard is looking quite swanky if we do say so ourselves:

For those that played the games inspired by the Polish novels, Jaskier was referred to as Dandelion. He’s a poet, a minstrel, and a very close friend to Geralt against the witcher’s initial reservations. He is also the reason why “toss your coin to the…” is a very popular catchphrase in 2020.

As for the show itself, Netflix’s The Witcher season two currently filming following a few COVID-related production issues, and it looks like progress is back to being smooth sailing. For those ready to dive into a new season, below is the official synopsis for the road ahead:

Based on the best-selling fantasy series of books, The Witcher is an epic tale of fate and family. Geralt of Rivia, a solitary monster hunter, struggles to find his place in a world where people often prove more wicked than beasts,” Netflix said. “But when destiny hurtles him toward a powerful sorceress, and a young princess with a dangerous secret, the three must learn to navigate the increasingly volatile Continent together.

With an even darker story and a few learned lessons from season one, season two is poised to be an exciting next step for the popular fantasy show. What are you most excited to see out of Netflix’s The Witcher season two and possible new monsters? Toss your comment to the section below and tell us what you think!