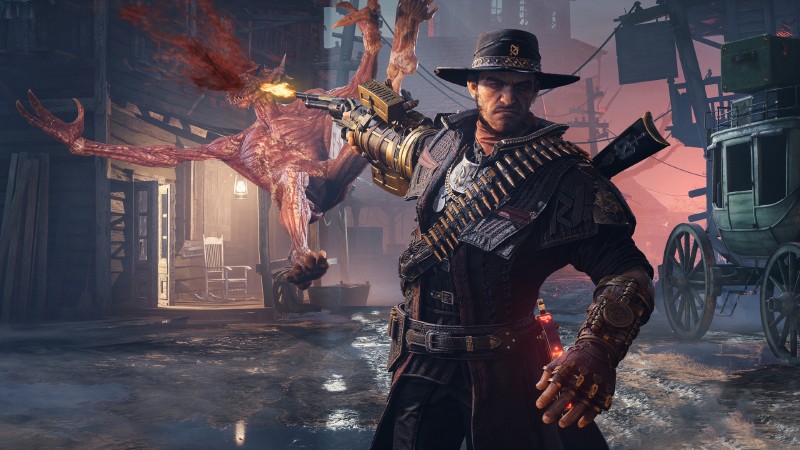 Evil West is the upcoming Wild West action game from developer Flying Wild Hog, the studio behind the fast-paced Shadow Warrior series, and it’s due out this September. It got an excellent trailer during both The Game Awards 2020 and The Game Awards 2021, as well as a new look during the past few weeks of video game showcases.

Now, it’s back with a new trailer that highlights more than 10 minutes of rootin’ tootin’ western action, with plenty of vampires, of course, and it looks like a great time. If you’ve kept up with Evil West, then you likely already know its combat resembles that of 2018’s God of War, with the added bonus of guns. It’s just as brutal, with even more exploding gore. This trailer showcases a lot more of that and the wide variation of biomes we’ll be visiting, too, from western frontiers to strange caverns to foggy forests and more.

Check it out for yourself below:

As you can see, Evil West is looking like a fun time, and I can’t wait to check it out. If you’re unfamiliar with its premise, Flying Wild Hog describes it as “a third-person action game that puts you in the boots of a vampire hunter rescuing a Wild West devoured by darkness.” Flying Wild Hog will release Evil West on PlayStation 5, Xbox Series X/S, PlayStation 4, Xbox One, and PC on Sept. 20.

For more, watch its debut trailer and then check out this gameplay showing from last December. After that, check out this vampire-infested release date trailer for Evil West.

Are you excited to check out Evil West this September? Let us know in the comments below!