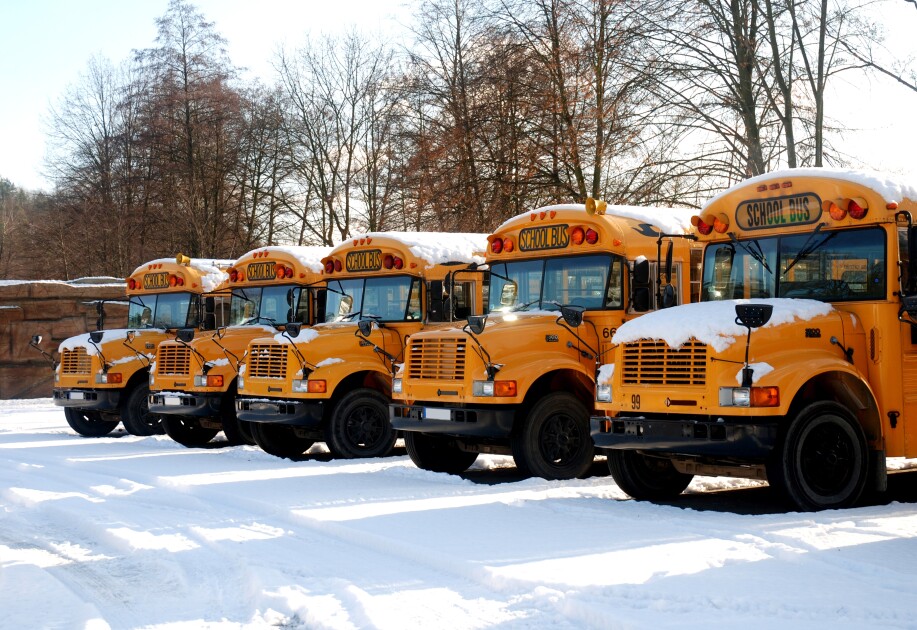 Some school districts and states in recent years have abandoned or rethought snow days and allowed instruction to continue virtually when inclement weather shuts down school buildings. The proliferation of remote learning during COVID-19 has accelerated that trend in states like Massachusetts and New York, where schools now have the option to continue snow days or skip them this year.

Thirty-nine percent of principals and district leaders say their district has converted snow days to remote learning days, and another 32 percent say their districts are considering the change, according to an EdWeek Research Center survey conducted earlier this month.

But some holdouts remain.

The Mahwah school district in New Jersey last month made a splash nationwide when it announced that it would continue to “close” school as usual this year during snow events, even if students are already at home due to COVID-19.

The district at the foot of the Watchung mountains typically has between three and five snow days in its calendar to use when winter weather strikes. Teachers traditionally encourage elementary students to do fun activities at home that superstitiously make snowfall more likely, such as wearing pajamas inside out, flushing ice cubes down the toilet, and placing a spoon beneath pillows while sleeping.

“The history of snow days is steeped within our culture,” said Lisa Rizzo, the district’s director of special services.

So when administrators began discussing how to approach the cold weather season amid a pandemic that’s still raging eight months after it shut down most U.S. school buildings across the country, the decision was far from a no-brainer.

Virtual learning has become the norm for many students this school year and will likely persist beyond the pandemic. But “we recognize the pandemic has robbed our students of the normal rites of passage: normal prom, typical graduation, even the way children enjoy the first day of school with the obligatory photograph on the steps outside the school building,” Rizzo said.

The snow day, then, represents a rare oasis of normalcy, and the tradition will continue.

“Really, we could all use that surprise phone call right now,” said Dennis Fare, the district’s assistant superintendent. “That excitement is needed not just for our children, but very much for our adults who are working really hard.”

The Slate Valley district in Vermont also plans to maintain traditional snow days this year. A majority of the district’s students are eligible for free and reduced-price meals. Remote learning on snow days would require the school to either distribute meals to families’ homes during severe weather or leave students without meals that day, according to Brooke Olsen-Farrell, the district’s superintendent.

“If a school district was to go remote on a snow day instead and not provide meals, they would also not be making up the day” for meal delivery at the end of the year, Olsen-Farrell said. “Therefore, over the course of the school year students could potentially have decreased access to food.”

Several district leaders have said requiring remote learning would be particularly tricky if the snowstorm that closes school buildings also knocks out electricity.

In other places, though, snow days will soon look different, if they exist at all.

West Hartford Schools in Connecticut will give students the day off only on the first two snow days of the year. New York City schools won’t have any snow days this year, and the same is true for Green Bay Schools in Wisconsin and the Salem district in Massachusetts. The Omaha district in Nebraska has done away with snow days permanently, now that it’s achieved its goal of providing every student with an iPad.

Indiana, Kentucky, Ohio, and Pennsylvania had already passed policies prior to the pandemic that allow schools to continue instruction remotely when school buildings close for bad weather.

In Academy District 20 in Colorado Springs, Colo., a “snow day” now means middle and high school students continue with online learning, while elementary schoolers will have the day off as before. The new policy arose after the district delayed the start of this school year by a week, essentially exhausting all five of the allotted days for secondary schools that don’t require makeup at the end of the school year, said Tom Gregory, the district’s superintendent.

In some parts of the country, extending the school year is an unpleasant proposition as temperatures rise, particularly for schools without central air conditioning. Enthusiasm for school work also tends to wane in the last few weeks of the school year, said Rick Ferdig, a professor of educational technology at Kent State University in Ohio.

Ferdig believes those are compelling reasons to rethink snow days. He’s convinced that they’ve stuck around, in part, because adults have nostalgia for their childhood snow day experiences. And he doesn’t buy the argument that snow days should remain to boost students’ mental health: “Why aren’t you just planning mental health breaks anyway?”

In an ideal world, Ferdig said, all schools would be comfortable abandoning snow days because they’re adequately equipped to maintain high-quality instruction remotely. But, as the last year has shown, “many schools are not prepared to do that,” he said. “In no way shape or form can you consider not having snow days if you don’t address the equity issue.”

Indeed, schools are already finding that requiring remote learning during snow days won’t be without headaches. In the Janesville district in Wisconsin, schools will encourage students to take their school-issued devices home with them if winter weather is predicted, but students may have to use their own computers for remote learning if snowfall hits unexpectedly, according to the Waterloo-Cedar Falls Courier.

The community reaction to the new snow day approach in Gregory’s district hasn’t been uniformly positive, he said.

“Some parents are glad to see that students are still expected to be engaged,” he said. “There are other parents who think there should be a snow day like it always has been.”

When COVID-19 is no longer a crisis, Gregory expects remote instruction might be an option for students on inclement weather days, rather than a requirement. He also hopes to see the state rethink its policy around instructional time. “Is seat time still the measuring stick we should be using?” he said.

All of the concerns about replacing snow days with remote instruction are valid, but worth overcoming, Ferdig said. He points to the approach schools in Singapore have taken, with pre-scheduled full-time remote instruction once a week in preparation for an emergency like COVID-19. That kind of long-range planning would serve U.S. schools well.

“Let’s find a way to capitalize on this,” Ferdig said. “It’s to prove that we’re prepared to educate our kids in any way necessary.”