Vulnerable residents in nursing homes across some U.S. states began to receive COVID-19 vaccinations within the last two days, while the vast majority await shots from a collaboration between large pharmacy chains.

The news coincides with additional record highs in virus cases and deaths, according to data compiled by Johns Hopkins University. The U.S. saw a high of 247,403 daily new cases reported Dec. 17, with a record-setting daily death toll at 3,656. The nation’s positivity rate is exceeding 11%, and Southern California in particular is distinguishing itself as a hard-hit area of new case spread.

California’s Gov. Gavin Newsom announced Tuesday the state distributed 5,000 body bags to San Diego, Los Angeles and Inyo counties, while 60 53-foot refrigerated storage units were on standby amid the state’s “most intense and urgent moment since the beginning of this pandemic,” per Newsom. 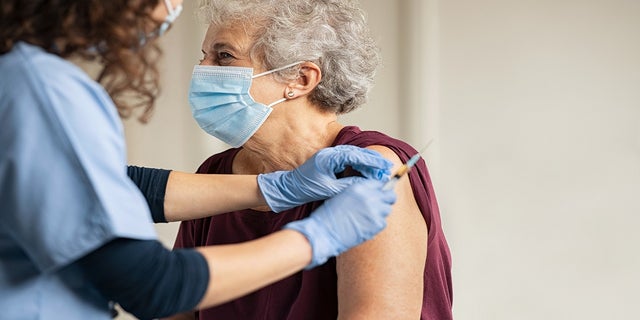 Nursing home residents in Florida began receiving shots Wednesday after nearly 2,000 such vaccinations were administered in West Virginia on Tuesday. Thousands more are scheduled there in the coming days. Other states are expected to follow soon. Officials have estimated that residents in long-term care facilities have accounted for 40% of the nation’s over 300,000 virus deaths.

In working with smaller, local pharmacies, West Virginia has outpaced many other states in administering shots to its most vulnerable elderly residents.

On a call with reporters this week, federal officials said the Centers for Disease Control and Prevention (CDC), in collaboration with Walgreens, CVS and the states, created a campaign strategy for vaccine execution in long-term health care facilities. This week will involve a scaling start into distribution, and Gen. Gustave Perna, Operation Warp Speed chief operating officer, said four states were ready to go in partnership with CVS and Walgreens to start scaling vaccination.

A spokesperson with CVS Health told Fox News in an email Thursday that the national rollout of its COVID-19 vaccination effort would start on Dec. 21 and will include skilled nursing and assisted living facilities nationwide.

CVS was not able to specify the exact timing for each state. Walgreens did not immediately return requests for comment Thursday morning, though it previously announced that it teamed up with 35,000 nursing and assisted living facilities nationwide to deliver COVID-19 vaccines, marking a “historic milestone and important step toward ending the pandemic.”

In Florida, Mark Rayner, director of health services at skilled nursing facility John Knox Village near Fort Lauderdale, told the Associated Press that 120 of 200 facility staffers are declining the shot, most of whom are African Americans with distrust in the vaccine.

“They are frightened,” he said. “There is that culture line even as much as we educate them.”

Earlier this week, Secretary of Health and Human Services Alex Azar said states are encouraged to begin vaccinations in long-term care facilities sooner if pharmacies like Walgreens and CVS are ready to go faster.

“We expect to see vaccinations in nursing homes this week, and literally then by next week these pharmacy chains will have the ability to execute vaccination programs daily in thousands of long-term care and assisted living facilities,” Azar said.