Padma Awards 2023, Padma Vibhushan, Padma Bhushan, Padma Shree Awardees Full List: The highest civilian Awards of the country — Padma Awards — have been announced for the year 2023 on the eve of Republic Day.

For the year 2023, the President has approved conferment of 106 Padma Awards including 3 duo cases (in a duo case, the Award is counted as one) as per list below.

19 of the awardees are women and the list also includes 2 persons from the category of Foreigners/NRI/PIO/OCI and 7 Posthumous awardees.

‘Padma Vibhushan’ is awarded for exceptional and distinguished service.

These Padma Awards will be conferred by the President of India at ceremonial functions held at Rashtrapati Bhawan around March or April this year. 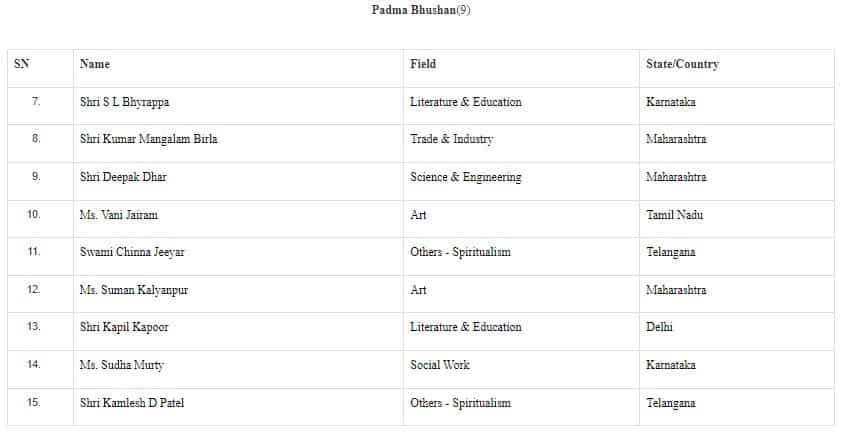 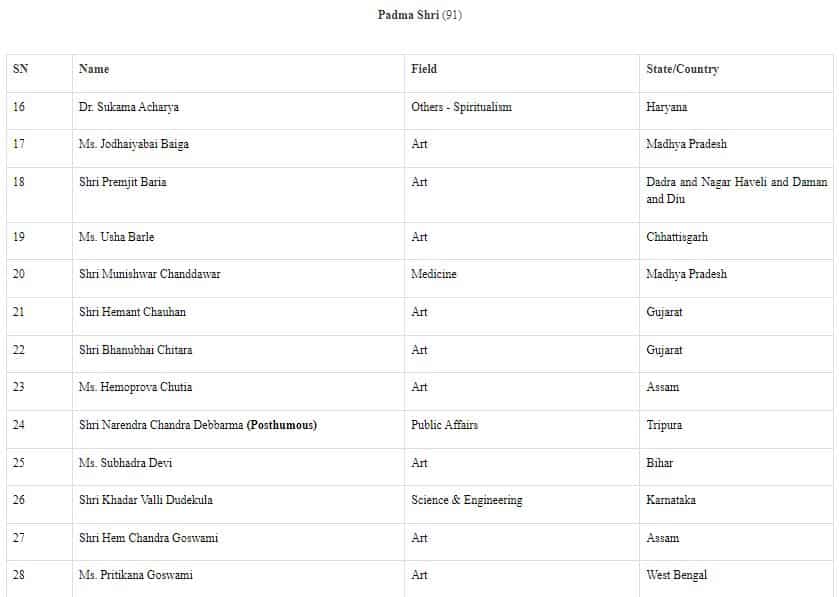 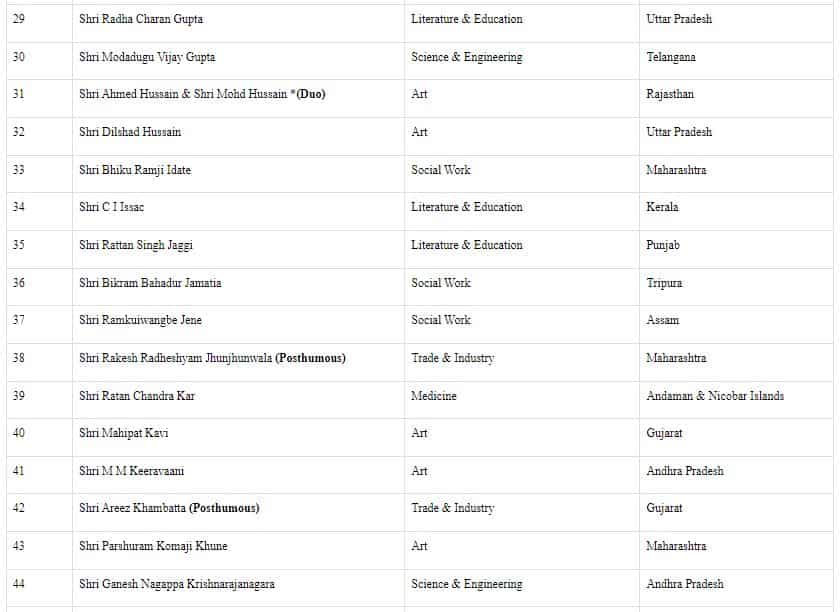 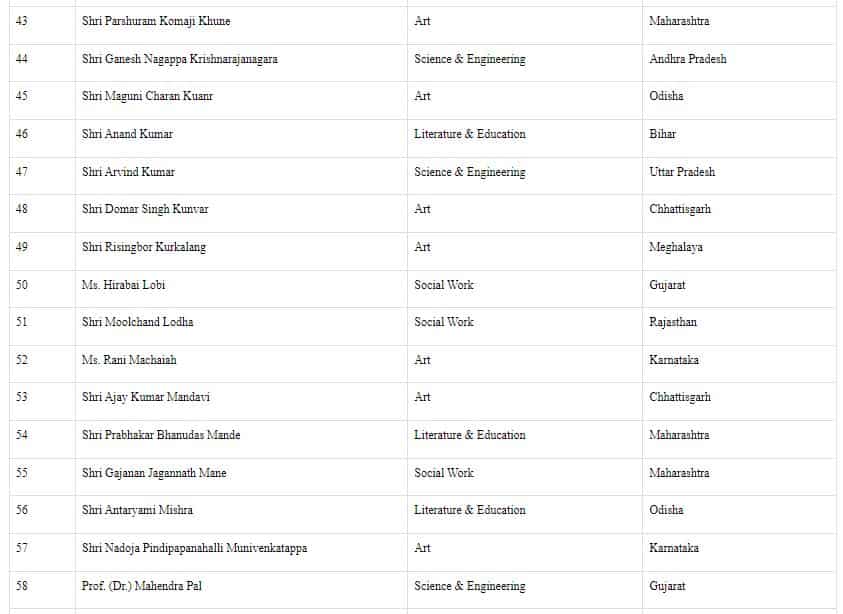 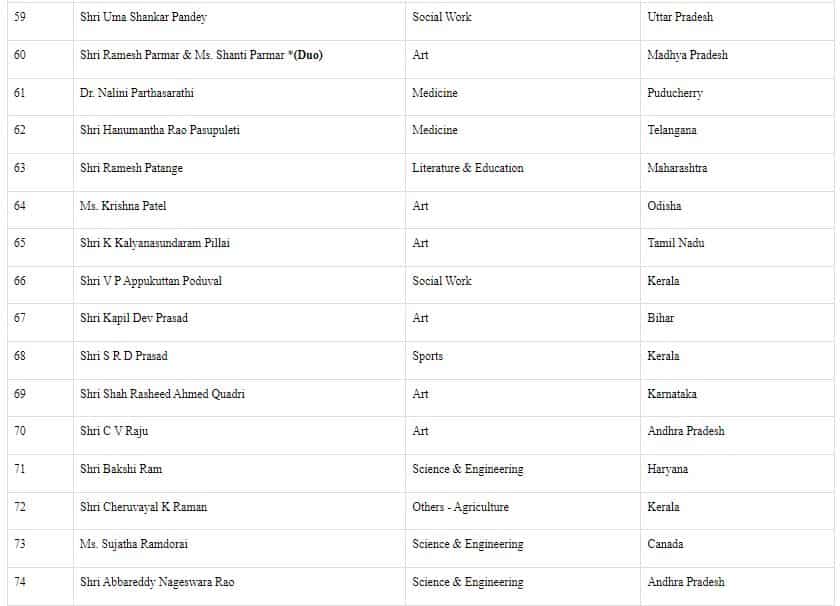 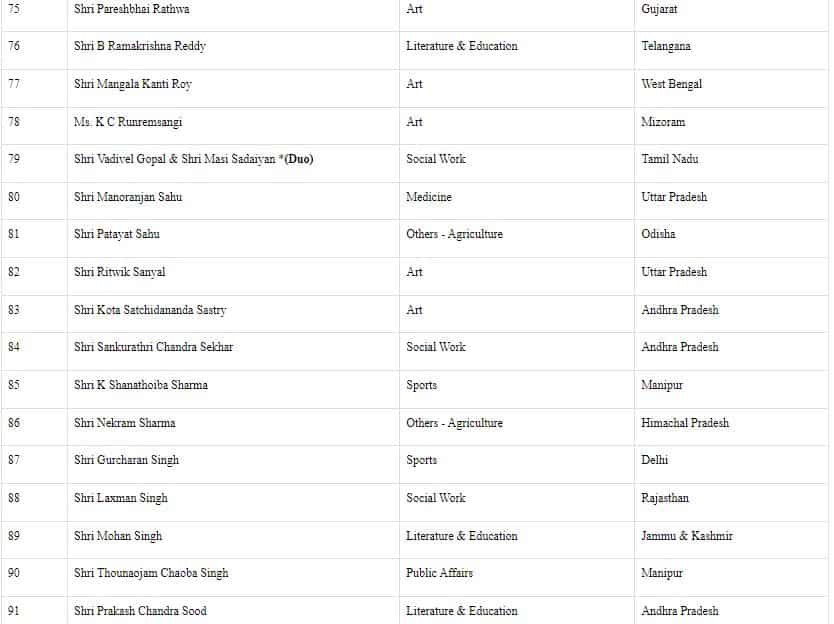