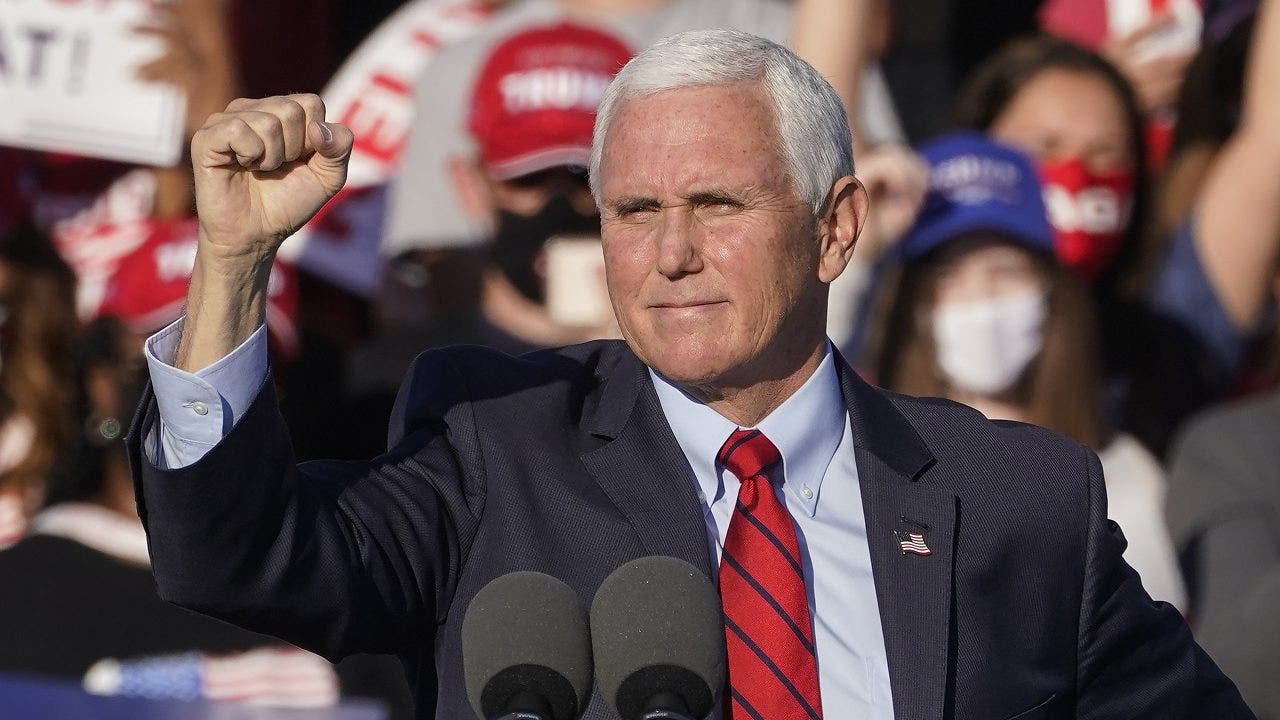 At a rally in Columbus, Ga., on Thursday, the vice president acknowledged that the Republicans need to “hold the line” in the twin Jan. 5 elections, where the GOP Senate majority is at stake, in order “to preserve the progress” made during the four years of President Trump’s administration.

But Pence – aiming to energize Trump supporters and other Republicans to vote for GOP Sens. David Perdue and Kelly Loeffler in contests that will be won by the party that does a better job turning out its base – vowed that “we’re going to keep fighting, keep fighting for every legal vote in America.”

The vice president’s rallies in Columbus and later in the afternoon in Macon came during his fourth campaign trek to Georgia since the start of the runoff campaigns last month.

But it was Pence’s first trip back to the state since the Supreme Court shot down a lawsuit by the Texas attorney general that was joined by 17 other states, more than 100 GOP members of the House, and by the president’s legal team, that unsuccessfully aimed to throw out the presidential election results in Georgia and three other states narrowly won by President-elect Joe Biden. And Pence’s visit also came three days after the Electoral College formalized Biden’s victory over Trump.

The president refuses to concede to Biden as he continues to claim there was massive voter fraud in key battleground states where Biden edged Trump. The president tweeted on Sunday, without offering concrete evidence, that the presidential contest was the “MOST CORRUPT ELECTION IN U.S. HISTORY!”

Pence avoids such language on the campaign trail, but on Thursday he stressed that the presidential “election contest continues in courthouses across the land” and that “we’re going to keep fighting until every illegal vote is thrown out.”

He also highlighted that “the Republican Senate majority could be the last line of defense to preserve all that we’ve done for this country,” with the emphasis on “could.”

But at the same time, Pence noted that winning the two Senate races and keeping the seats – and the Senate majority – in Republican hands was crucial “to preserve the progress that we’ve made.”

And he stressed to the crowd that “we need David Perdue and Kelly Loeffler to get in the way” of the agenda of the incoming Biden administration.

Some Republicans are concerned that the president’s continued claims that there was massive voter fraud in Georgia, and his relentless attacks on the state’s Republican governor and secretary of state for refusing to decertify the presidential election results, could depress turnout among disillusioned Trump voters. And a couple of top Trump allies in the state have urged conservatives to boycott the runoffs in protest.

The vice president acknowledged that “I know we all have doubts about the last election,” but pledged that “we’re going to secure our polls, secure our drop boxes, and you can be confident you mail in the absentee ballot, every single one of them will be counted.”

“I hear some people saying down here in Georgia ‘if you’re frustrated with the last election, just don’t vote,'” Pence added. “My fellow Americans, I say from my heart, you gotta remember, if you don’t vote, they win.”