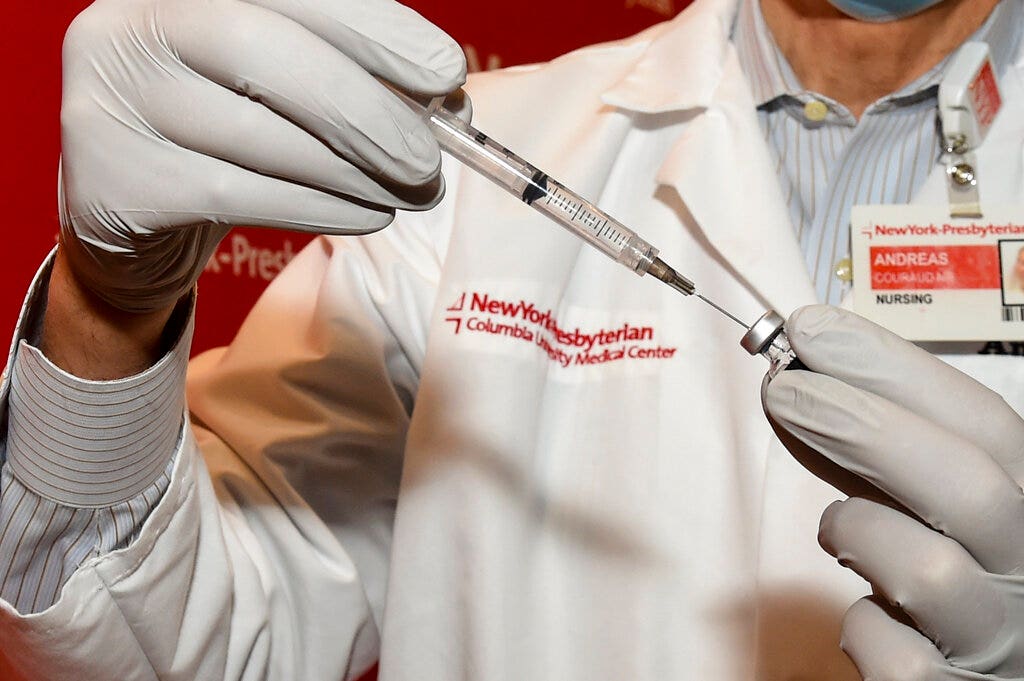 Vice President Mike Pence will receive Pfizer’s coronavirus vaccine on Friday, while President-elect Joe Biden is expected to do so next week.

The White House announced on Wednesday that Pence and first lady Karen Pence would publicly receive the vaccine to promote its “safety and efficacy.”

Surgeon General Jerome Adams will join the pair in receiving the vaccine at the White House.

The Associated Press reported that Biden will receive a vaccination publicly as early as next week.

Pfizer’s vaccine received emergency use authorization from the Food and Drug Administration on Friday.

Trump contracted the virus in October, but it is not clear how long immunity lasts.

The sitting president tweeted over the weekend that he thought White House staff should receive doses later in the program.

News that White House staff would receive the vaccine early drew criticism on social media. Trump and his aides have consistently flouted the COVID-19 guidelines issued by his own administration. Despite warnings by federal health agencies to the public not to hold large gatherings because of the risk they pose in the spread of the virus, Trump hosted large holiday parties with maskless attendees this December.