The Squid Game series has captivated audiences throughout the world, the plot is about a game where contestants have to do a series of challenges to win several million dollars, the twist is that if they are eliminated they lose their lives. One of the challenges is that they must eat dalgona cookies without breaking the shape that is in the center of the candy. 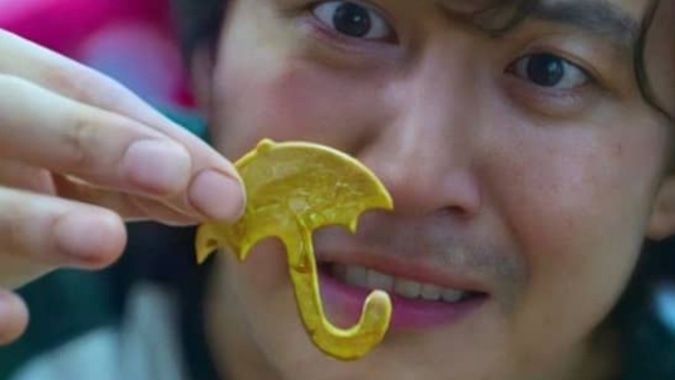 That is a common game among Korean children, if they manage to get the shape out, many stalls will give them another cookie or a toy as a prize. The series made many people try to make their own cookies, and although it only has two ingredients, it is quite complicated to prepare. Dalgona emerged in the 1960s as an accessible dessert in a country where extreme poverty reigned.

That is why the producers of the series looked for experts in the recipe to be able to recreate the challenge in a successful way. They asked a couple, Lim Chang-joo and his wife Jung Jung-soon , who run a cookie stall in Seoul for help. Now, people line up for up to six hours to buy one of their cookies that costs approximately 35 pesos.

This couple only started selling the dalgonas because when Asia suffered an economic crisis in the 1990s, their two-decade-old family tailor shop went bankrupt. Fame came in handy for the enterprising couple as their business is doing better than ever.