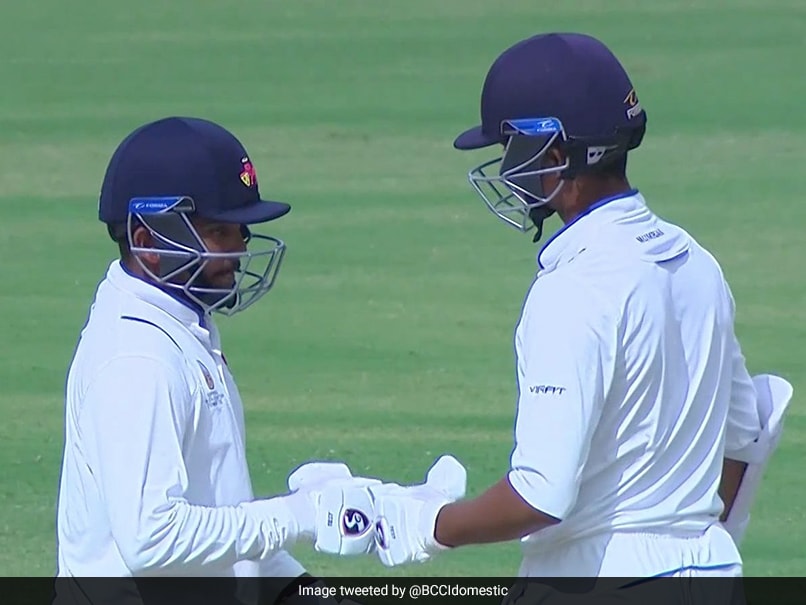 There’s a common adage in sport. “You never win a silver. You always lose a gold.” Mumbai cricket has followed this old concrete jungle saying to the ‘T’ as its team now chases an unprecedented 42nd Ranji Trophy title. It now finds a bunch of bravehearts from Madhya Pradesh standing in its way with tricks of trade learnt from a Mumbaikar. MP head coach Chandrakant Pandit won’t let his team settle for anything less than a championship but Amol Muzumdar’s men have dominated the proceedings since the start of the business end of the season.

On paper, the Mumbai team is overwhelming favourite in the final match starting on Wednesday with the best Gen-Next talent in its repertoire.

Sarfaraz Khan, after a few indifferent seasons, has raised his game to an altogether different level with 800-plus runs in just five games.

Yashasvi Jaiswal is one youngster who is as passionate about his red ball performance as he is about donning the garish pink jersey of Rajasthan Royals. Three hundreds in four innings of quarterfinal and semi-final showed his voracious appetite for runs.

Arman Jaffer is a chip of old block and it will be good for him if he could achieve even 50 per cent of what his illustrious uncle Wasim did.

Add to it the likes of Suved Parkar or Hardik Tamore, who knew the opportunity of wearing the Lion’s crest on the white flannels come at a premium.

Mumbai have always had formidable batting line-ups that can scare the opposition team but this time the two under-rated performers have been left-arm spinner Shams Mulani (37 wickets and 292 runs) and off-spinner Tanush Kotian (18 wickets and 236 runs).

Mulani or Kotian are by farthest stretch of imagination not India prospects or even India ‘A’ contenders but they are a rare breed of domestic performers who know how to win crunch games as they did against Goa in a do-or-die situation.

However, MP is one of the most improved teams in recent times and under Pandit inculcated the discipline that’s needed to reach the summit clash in a tournament like Ranji Trophy.

Missing Venkatesh Iyer in batting and pace spearhead Avesh Khan in bowling didn’t do them any good but unheralded Kumar Kartikeya, with his stamina to bowl for hours, has done the job for his team.

The Himanshu Mantris and Akshat Raghuvanshis have all executed their assigned roles to perfection.

In this team, there is only one player who is true blue talent and that’s Rajat Patidar.

For Mumbai, it will be imperative to ensure that Patidar doesn’t walk away with the game in one session with his wide array of strokes.

MP, with its two spinners in Kartikeya and Saransh Jain, will like to play the waiting game, something that Pandit as a coach has injected in his wards across the states.

It would be a game of chess played on 22 yards but enticing enough for all those who get to watch it.