Rep.-elect Yvette Herrell understands the joy of leading on election night and then the sinking feeling of having that advantage slowly erased as mail-in ballots are counted.

The Republican attributes her tough loss two years ago in New Mexico‘s 2nd Congressional District to voter fraud and now empathizes with President Trump’s claims that he would have beat President-elect Joe Biden had it not been for widespread illegal votes.

“It just makes me sick because I know exactly what he’s going through,” Herrell, 56, told Fox News in a recent interview during congressional orientation. “It’s horrible.

“Same thing, different scale,” Herrell said of her district’s 2018 alleged voting irregularities and Trump’s current claims of widespread fraud, which have so far been unsubstantiated by courts or state or local election officials.

The incoming New Mexico congresswoman mounted a comeback campaign immediately after her loss two years ago to Democrat Rep. Xochitl Torres Small and prevailed by nearly 8 percentage points this November. The former four-term state representative and realtor now says she wants to enact federal voter ID laws and address voter fraud at a national level because Americans need to have faith in their elections. 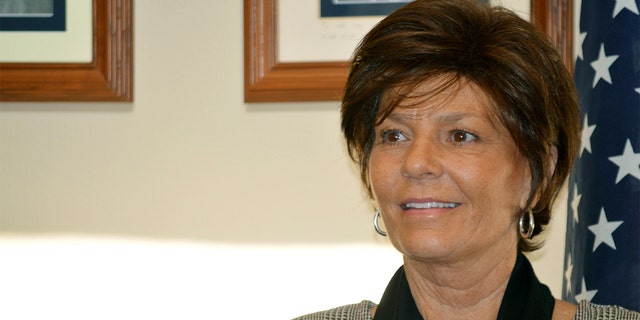 Herrell this week joined with 24 other incoming GOP freshmen to send a letter to Speaker Nancy Pelosi demanding a thorough investigation by the House of Representatives into the 2020 election, saying the election process has “devolved into chaos” and any reported fraudulent activities in the presidential election should be reviewed.

Herrell says voter rolls need to be purged, something that state and local election boards do regularly, so that dead people and former residents aren’t mailed ballots. And she’d like to stop widespread mail-in voting in places like New Mexico and only allow absentee ballots for specific reasons such as military service or residents who legitimately will be out of town for the election.

“We’ve made it too easy, and I don’t have the faith in our voting files right now,” Herrell said. “If we hadn’t seen all this fraud over the last number of years, I might feel differently. But right now we can know if these are valid voters [or] if they’re even alive.”

Herrell campaigned as a pro-Trump, pro-life, pro-gun, fiscal conservative who will protect fossil fuel jobs and expand domestic energy production. She highlighted her past experience as an entrepreneur who understands how burdensome regulations and taxes can stifle job growth.

Herrell said she operated a number of small businesses over the years, including a dog boarding kennel. But in recent years, she’s made a living through the real estate company she and her father own and their real estate investing.

“I was doing flipping houses before it was cool to do it on TV,” Herrell quipped.

She made history in November as the first GOP Native American woman elected to Congress, though Herrell said she didn’t campaign on her Cherokee heritage. And for the first time, New Mexico elected all females — and all women of color — to its three congressional districts. Democratic Rep. Deb Haaland, who was one of the nation’s first Native American congresswomen, was re-elected and Democrat Teresa Leger Fernandez, a Latina, won an open seat in the 3rd District.

What’s really animating Herrell now is allegations of voter fraud because it’s personal to her, she said.

“We all know there’s something amiss,” Herrell said. 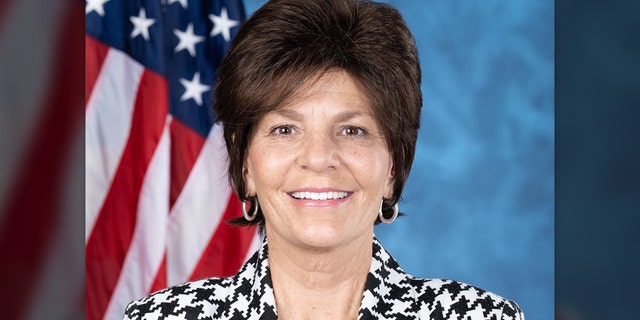 Two years ago, Herrell had declared victory in New Mexico’s 2nd Congressional District on Election Day as vote returns showed her ahead and some media projected her the winner. But after absentee ballots were counted, Democratic Rep. Xochitl Torres Small narrowly won, flipping a red seat.

Herrell, a former state representative, successfully petitioned to impound the 8,577 absentee ballots in one county, Doña Ana, for inspection by her legal and consulting team.

TEXAS REP.-ELECT BETH VAN DUYNE SAYS OBAMACARE WAS ‘ONE OF THE BIGGEST LIES’ OF HISTORY

Herrell’s campaign issued a 44-page report alleging irregularities — including 577 ballots time-stamped after the 7 p.m. deadline, about 30 voters registered at commercial mailboxes instead of residential addresses and at least 14 examples of absentee ballots accepted that had errors or omissions on the outer-envelopes for name, addresses and birthdates that didn’t meet New Mexico’s voter ID standards. The report highlighted “statistical anomalies” and raised questions about the security of ballot boxes, too.

The report itself didn’t find enough problems in the one county to undue Torres-Small’s 3,500-vote victory. And Herrell’s own campaign lawyer, Carter B. Harrison, told the Daily Signal in 2019 that “there were not enough irregularities in Doña Ana County alone to alter our race … but if other counties were to be found to have similar irregularities, the race certainly could have been altered by them.”

Still, Herrell released a campaign ad with the message that Democrats stole the election from her by bringing in 8,000 absentee ballots that suddenly “appeared.”

“If liberals can’t beat us, they’ll cheat us,” the ad said.

State and local election officials said Herrell’s voter fraud claims were false and undermine trust in the election process. The absentee ballots just hadn’t been tabulated yet and were hand-counted in public view, the Las Cruces Sun News reported.

“The results of the 2018 election were certified by New Mexico’s bipartisan state canvassing board  … and no fraud was found in the CD2 race or any other,” a spokesperson for New Mexico Secretary of State Maggie Toulouse Oliver told the newspaper earlier this year in blasting Herrell’s voter fraud claims as “patently false.”

Herrell believes without election “fraud” she would have been in Congress two years earlier.

“The outcome would have been different,” she said.

She said she declined to pursue a lengthy court battle to seek to overturn Torres Small’s victory because it would have been too costly with no guarantee of a positive outcome.

By releasing her report on the problems with absentee ballots, Herrell hopes she improved election integrity and that more people were on the lookout for irregularities.

As to whether she found voter fraud this year, Herrell said: “We didn’t because our margin became so high.”

Herrell believes Trump actually won the presidential race and that votes were “probably compromised.” Proving it, however, is a different matter.

The president and his allies have challenged the election results in state and federal courts and have been rejected over and over again — including at the U.S. Supreme Court. Attorney General William Barr said last month his Justice Department has not seen fraud on the kind of scale that could flip the election.

On Monday, Biden’s win was affirmed by an Electoral College vote of 306-232.

“It’s heartbreaking,” Herrell said of Trump’s unsuccessful challenges, “because I absolutely do know from experience what it feels like.”