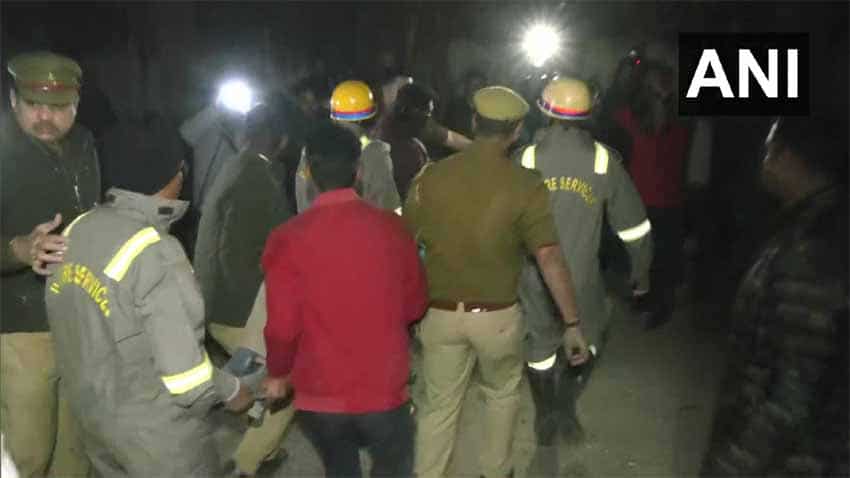 At least nine people have been pulled out of the rubble and sent to hospitals, even as the rescue operation is on, they said.

Uttar Pradesh Deputy Chief Minister Brajesh Pathak, who earlier talked about the death of three people in the incident, retracted his comment later.

Talking to PTI, he said there were initial reports of three people in unconscious condition and were feared dead.

“But now information is coming that nobody is dead. Those rescued from the building have been moved to hospitals,” Pathak said.

Asked if the collapse on Wazir Hasan road was due to an earthquake earlier in the day, Lucknow District Magistrate Suryapal Gangwar said, “It is too early to comment as our efforts currently are directed to save the lives of the people trapped inside.”

He, however, said locals informed the authorities that some work was going on in the basement of the building.

Directions have also been issued to hospitals to stay alert.

Pathak further said that the four-storey building had around 12 flats, out of which nine flats had occupants.

Many senior civil and police officials, including Principal Secretary to CM, Sanjay Prasad and DGP D S Chauhan, are on the spot.