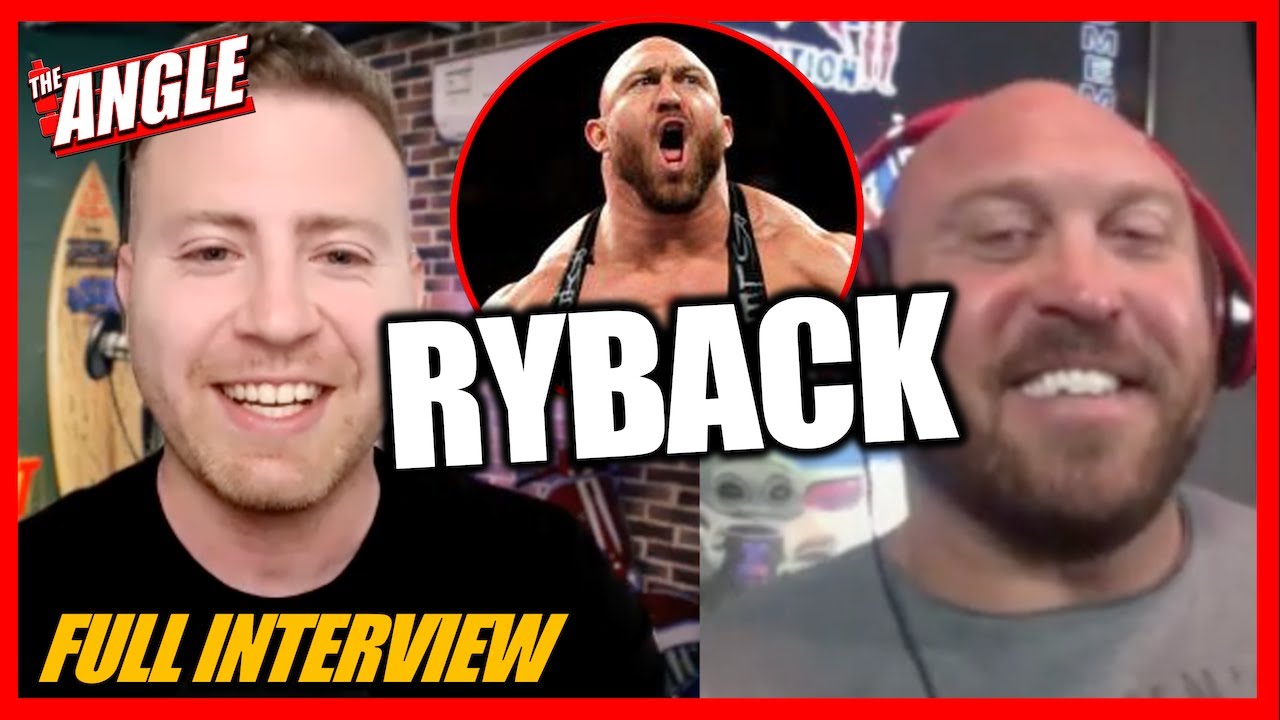 During his four-year run as the Human Wrecking Ball in WWE, Ryback saw varied success as both a midcarder and a main event player. Ryback headlined pay-per-views in unsuccessful WWE Championship challenges against both CM Punk and John Cena, stood opposite Mark Henry in a marquee match at WrestleMania 29, and even reigned as the Intercontinental Champion in the summer of 2015.

One of Ryback’s most noteworthy storylines came in late 2013, when the Big Guy aligned himself with Paul Heyman during WWE’s resident advocate’s feud with CM Punk. Speaking on The Angle Podcast, Ryback revealed he never wanted the partnership, citing that he could talk for himself.

“I think Paul’s great, as far as maybe promos. I didn’t want to do it at the time, I didn’t care,” Ryback said. “I’m not friends with Paul. I’m very honest and I like good people. I didn’t want a mouthpiece, I could talk. I didn’t want to be a part of it. I filled a spot for CM Punk but it was never long term. It was keep Paul on TV and his thing with Curtis Axel ran out shorter than he was expecting. There was never an explanation. It was never we’re putting you with Paul and this is the goal. They don’t know any of that there.”

Because of his partnership with Heyman, Ryback naturally started rubbing shoulders with other Paul Heyman guys, which at the time included Curtis Axel. Despite not caring for Heyman, Ryback says he enjoyed teaming with the former Michael McGillicutty.

“I had a lot more fun tagging with Curtis Axel, although that was my quote ‘punishment period’ where Curtis took all of the jobs on matches,” Ryback said. “We were in England and Paul was in the ring and we watched from the monitor and he kind of buried us on TV like he was done with us. We weren’t even told that was happening we just knew he was going to the ring by himself that night.”

Before he was Ryback, the Big Guy went by Skip Sheffield. While the Corn-Fed Meat-Head didn’t see any singles success, Skip was an original member of the Nexus stable who infamously tore apart the ring in their summer 2010 debut. Two years later, Ryback was competing for the WWE Championship at Survivor Series 2012, in the match where The Shield debuted and put him through the announce table. Even though he was apart of two major faction debuts, Ryback seems to doubt he will be mentioned in the history books.

“I will not be a part of it most likely in the history of WWE, it’s going to be erased,” Ryback said. “And that’s just the way that it is. And personally I don’t want any association with them, I’m grateful for everything, like a lot of cool moments, it’s unfortunate it’s the way that it is. I say this and I swear to God, my greatest moment was the day that I left that company. I knew I needed to get out of there.”

Ryback won his first WWE singles title in 2015, when he outlasted five other men to win the vacant Intercontinental Championship in an Elimination Chamber match. While having gold around his waist put Ryback in a prominent position on the card, the Big Guy claims it was used against him to sign a new contract.

“So my contract stuff had been going on for quite some time. The Intercontinental Championship got pulled off early because I didn’t sign the contract they offered,” Ryback said. “What they’ll do is put the title on you and then offer you a new contract. From a psychological standpoint a lot of people will sign that contract. So when I didn’t they cut my title run short because I was not happy with a lot of the things in there. We agreed to new figures and came to a deal, but I wasn’t going to sign over what they wanted me to sign over. That caused a major roadblock.

“It went from me and Vince on a handshake with the new contract to be a heel in trunks, which would lead to a WWE Championship run. So when the roadblock occurred it got (demoted) down to the US Title. So they do that to punish you and sign the contract. I didn’t sign the contract on that so it then became putting over Kalisto.”