It is said that the South Korean technology company will not add the charger inside the box, at least in the markets of Europe and Brazil.

Among all the criticisms received of the iPhone 12 , the most prominent were the cancellation of the power adapters and headphones in its acquisition. On the other hand, Samsung and Apple are close rivals, without a doubt every step will be criticized between them. That being said, when the iPhone 12 went on sale and no one found the accessories inside the box Samsung made a joke about this. However, everything seems to indicate that the South Korean company will follow the same steps as the iPhone 12.

Taking into account the above, the publications about the teasing towards the company in Cupertino seem to have been eliminated, given the possibility that the new Galaxy S21 lacks such accessories, according to some specialized technology platforms.

When the American company unveiled its new smart device, it argued that certain accessories had been eliminated due to the attempt to reduce the environmental impact of its products, these included something as basic as the charger. Therefore, the South Korean company took the opportunity to launch messages that overshadowed its competition.

“Your Galaxy gives you what you want. From a charger, to the best camera, battery, performance, memory and even a 120 Hz screen on a smartphone, ”Samsung mentions in one of its posts on its Twitter account for Latin America. 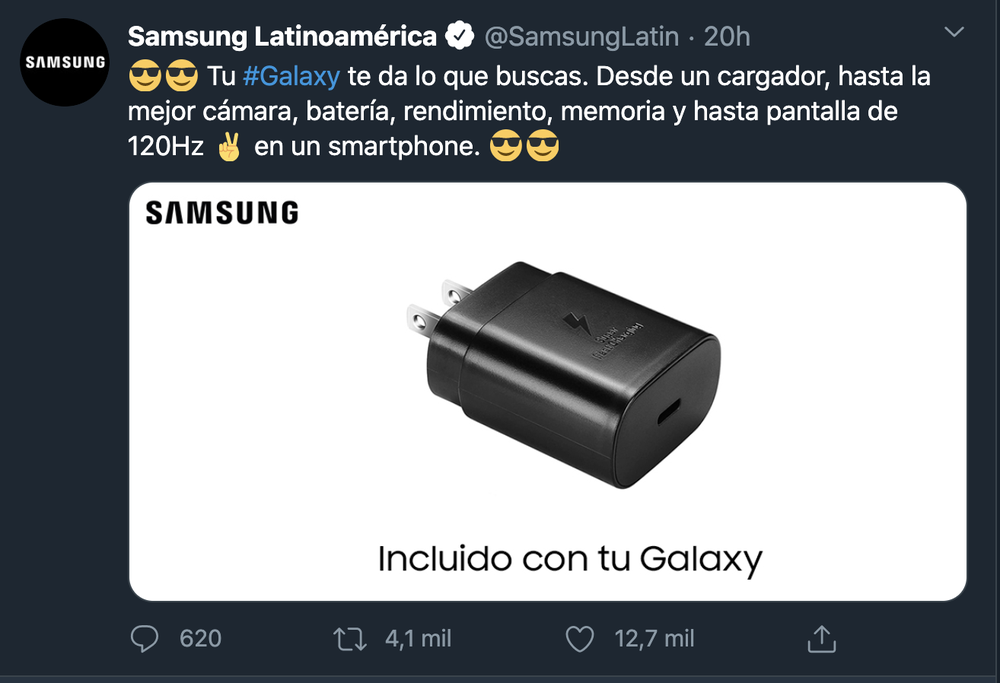 Similarly, the Korean company also joked that Apple is late for 5G. In a tweet, Samsung states “Some are saying Hello! at speed, we’ve already been friends for a while. Get your Galaxy 5G device now. “ 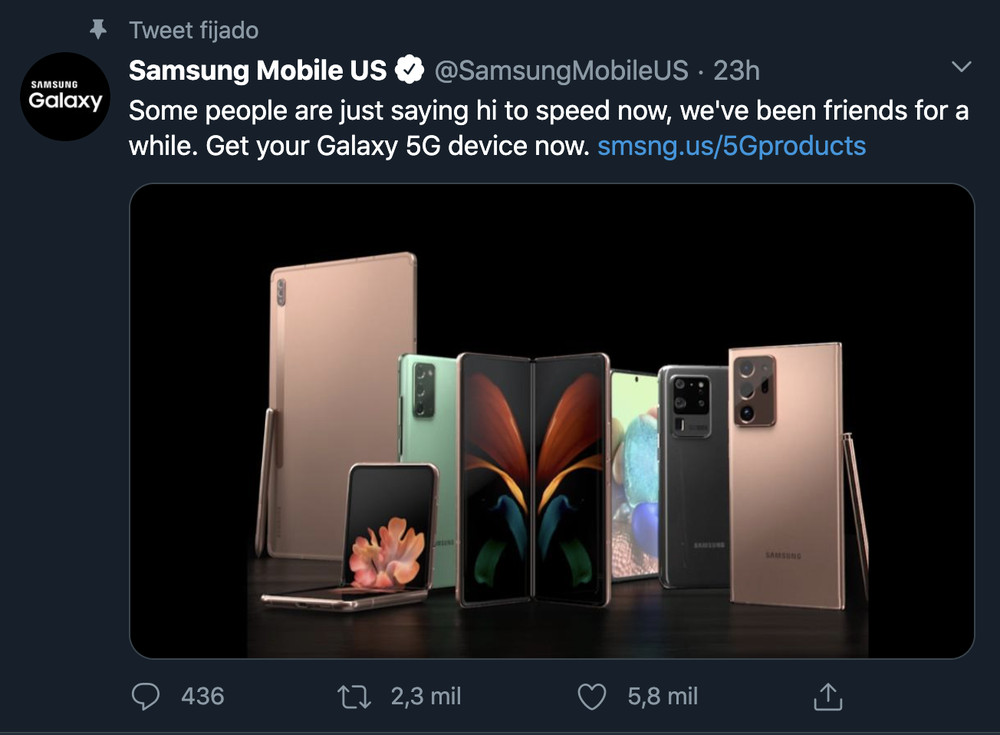 Since then it has been thought that Samsung would bring a 120Hz screen, including the charger, but everything seems to indicate that it will not.

It should be noted that the tweet is no longer available, in the same way as other company publications related to this matter. With the above in mind, it has become strong evidence of his decision to go Apple’s way. It is important to mention that the European market and Brazil will face this situation, although it is not yet clear that other markets will continue with this decision.

Samsung plans to present the new series on January 14, it consists of three devices, the first is the Galaxy S21, the second Galaxy S21 + and the last, but more exclusive, Galaxy S21 Ultra.

According to the Android Police portal, the three smart devices will consist of a Snapdragon 875 or Exynos 2100 processor with 5G support, Bluetooth 51.1 and will have One UI 3.1 software based on Android 11.

Among the features that are confirmed with the Samsung Galaxy S21 + , are the expected flat screen, the symmetrical and extremely thin frames, triple rear camera with a new design that helps to better protect the lenses and long-lasting battery.

The Galaxy S21 Ultra is expected to include a 108 MP main camera, periscope camera, apart from a conventional telephoto lens, as well as an S-Pen mount, for the first time. In addition to a glass cover and 6.8-inch LTPO screen, capable of going from 120 to 1 hertz, an advantage that helps to save battery, which could have a capacity of 5,000 mAh.