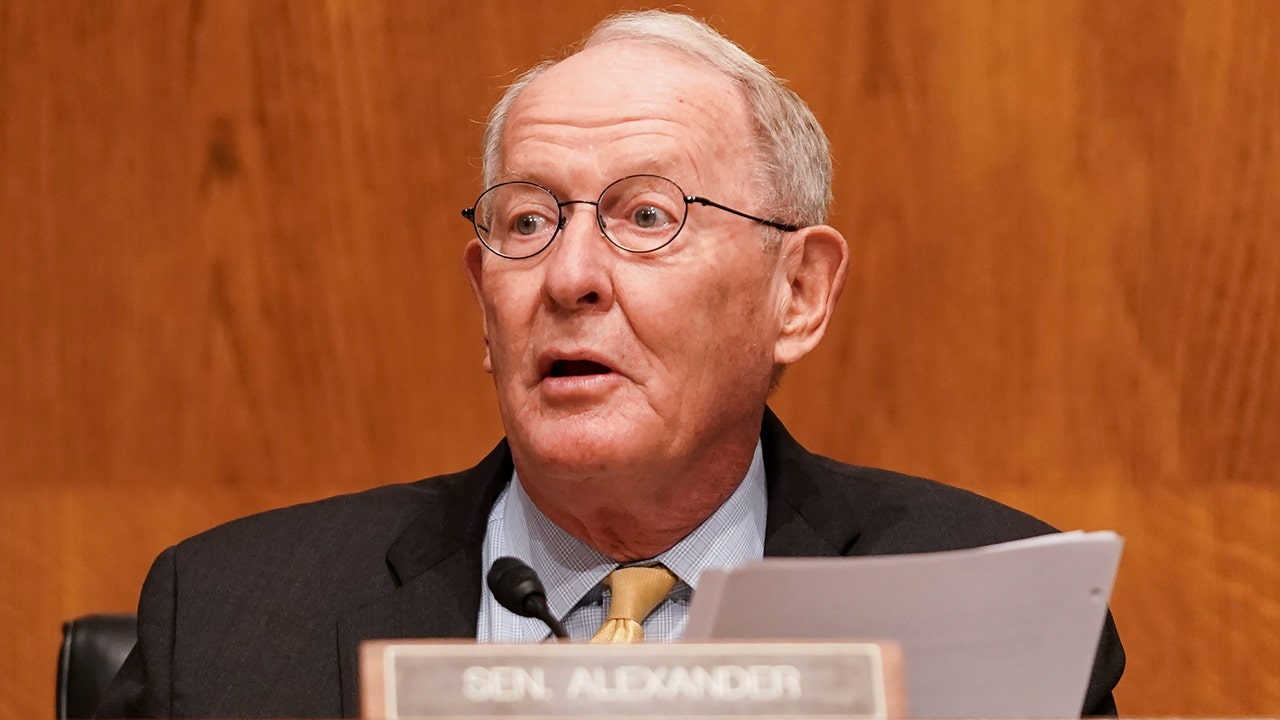 Sen. Lamar Alexander, R-Tenn., drew crowds of lawmakers in the Senate Hart building Wednesday after he stopped to play Christmas carols at a piano in the building’s atrium.

The 80-year old senator, who will be retiring once his term ends in January, played “Hark the Herald Angels Sing” and “Rudolph the Red Nosed Reindeer” as senators from both sides of the aisle gathered to watch and listen.

Alexander was eventually joined by Sen. Tim Kaine, D-Va., who played his harmonica along with him to a rendition of “Go Tell It on the Mountain.”

MCCONNELL, PELOSI BOTH OPTIMISTIC THAT BUDGET, CORONAVIRUS RELIEF DEALS ARE NEAR

The moment shared by both Republicans and Democrats comes after months of negotiating a coronavirus relief package, which congressional leaders have said they are close to achieving.

Congress is set to adjourn this Friday, though Senate Majority Leader Mitch McConnell, R-Ky., hinted that Congress may not leave for their Christmas break until first securing a relief package, as small businesses have been forced to shut down or implement stricter guidelines as the virus spikes across the country.

Legislators have agreed to a roughly $900 billion relief package, which saw Democrats lower their demands and GOP members agreed to submit more than they had originally wanted to approve.

The package is expected to include stimulus checks for the American public, along with $325 billion in small business relief, including $257 billion for the Paycheck Protection Program.

“As we work to finish the pandemic relief package retiring Tennessee senator (and excellent musician) @LamarAlexander plays Christmas carols for Senators and staff in the Hart building atrium. (Including I’ll Be Home for Christmas” (we hope)),” wrote Sen. Amy Klobuchar, D-Minn., who was seen bopping to the music in the atrium.

Alexander announced in 2018 that he would not seek re-election in 2020 after serving in Congress for 18 years, and will be succeeded by Republican Senator-elect Bill Hagerty, who beat Democratic challenger Marquita Bradshaw in the November general election.

After Alexander finished playing on the piano, the surrounding senators and Capitol Hill staff called him back for an encore, where he finished the evening’s music with “Silent Night.”