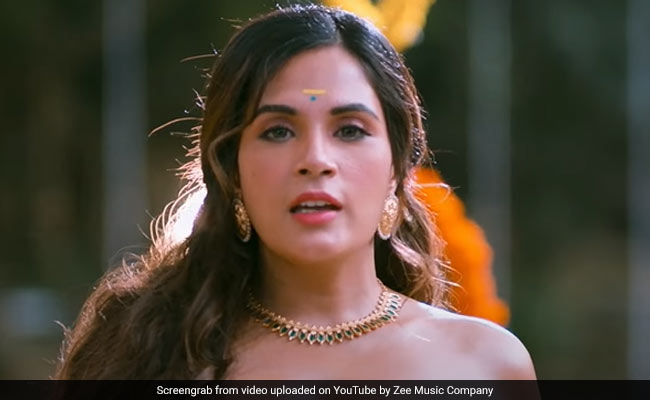 Shakeela Trailer: Richa Chadha in a still from the film. (Image courtesy: YouTube)

The trailer of Richa Chadha and Pankaj Tripathi’s forthcoming film Shakeela dropped on the Internet on Wednesday. In the film, Richa Chadha plays the role of Shakeela, who was “a major star in the late 90’s and early 2000’s in southern cinema” and has acted in several controversial and bold films in Tamil, Telugu, Malayalam and Kannada languages. The film features Pankaj Tripathi as a south star, who initially puts on an act and behaves nicely with Shakeela but later turns against her after getting threatened by her success. The trailer starts with news reports of southern actress Silk Smitha‘s untimely death by suicide and went on to showcase the story of Shakeela – the criticism she had to face and insults from her own family members and the film fraternity, who wanted to get her films banned.

Sharing the trailer, the makers wrote brief information about Shakeela: “It is a film inspired by life events of a famous star Shakeela who predominantly starred in southern cinema. She starred in many controversial and bold films. Making her debut at a young age of 16, she went on to star in about 250 films. She was a major star in the late 1990’s and early 2000’s. Such was her aura that, stars back then used to avoid releasing their films opposite her.”

Watch the trailer of Shakeela here

Earlier, while talking about playing the role of Shakeela, Richa Chadha said in a statement: “She was a brave soul who defied norms of the business during her time and her story was much more than what people know of. To essay the role of a living being is additional responsibility on me as actor and team as the makers of the film,” reported news agency PTI.

Shakeela will release in theatres on December 25.

(With inputs from PTI)